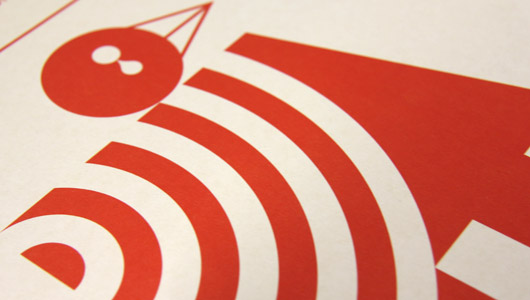 The amount of new labels being announced seems to average out at two a week at the moment, and those newly minted operations could do worse than look to Running Back for inspiration.

Gerd Janson’s label maintained the long running overall high standards this week with some new material from the shadowy figure known only as BDI, last seen impressing on Rush Hour with City & Industry. Emerging as The Compassion Crew, BDI dropped three variations on “Paper Tears” which deftly swerved between Vatican House, jangly insouciance and rugged rawness and some typically clean sleeve design (as featured above) ensured this was our pick of the week.

A surprise arrived this week in the shape of Alden Tyrell’s thumping two tracker on Clone Basement Series; surprising in that the Dutch stalwart has been seemingly focused on the sizeable task of remastering the back catalogue of Drexciya for his Rotterdam paymasters of late, and even more surprising in that both tracks were on some monolithic Shed meets Fachwerk tip that made us wish the office moonlighted as a dank basement with a large soundsystem. Equal in the bump your foundations stakes was the latest effort from young one Gerry Read with “Rhino” a particularly heavyweight concoction of  indecipherable vocals twisted rhythmically around a hollow industrialised groove of malformed percussion and drums.

Last week it was all about the S E X on the latest slab of F X H E brilliance from Omar S and friends, and not to be outdone close family member Big Strick turned up this week with a new 12″ on his own 7 Days Ent. label, which brought our attention to the next generation of Detroit talent with the debt of Generation Next, a 16-year-old who collaborated with Mr Strickland on all three tracks on Alpha & Omega. Steeped in the groove between the pure techno sound of Juan Atkins’ Infiniti project and the subaqueous archives of Drexciya, this EP demonstrated the Detroit techno bloodline to be as strong as ever. Those wanting a primer in Detroit techno history are well served as the Still Music label offered up a timely reissue of their In The Dark: The Soul Of Detroit compilation with seminal tracks from Motor City deities like Delano Smith, Moodymann & Rick Wilhite and Keith Worthy spread across two slabs of vinyl.

Traversing into the murky realm of Bass Music, the latest offering on Idle Hands was the undoubted highlight with Kahn inviting us on a two stop voyage into Margeaux, which flipped the script on the multiplicity of styles we’ve already come to expect from one of the Young Echo crew’s most active members. Part one is on a bouncy two step tip whilst the flip is a more expansive, jagged bump, complemented naturally by that brooding bottom end they seem to like in Bristol.

Over at Juno Download, Huntleys & Palmers released a killer mini-album from Auntie Flo. Already known and loved here at Juno Plus for his Afro-futurist productions, Future Rhythm Machine sees the man otherwise known as Brian d’Souza turn his hand to everything from glossy Eastern funk to favela 2-step, minimal 4/4 Latin jazz and juke-paced 808 workouts. Meanwhile the alias of American musician Rachel Evans (aka The Motion Sickness of Time Travel) was the latest addition to the ever expanding Spectrum Spools catalogue, and it might just be the label’s best record yet. Although the artist was introduced to world by a blink-and-you’ll-miss-it vinyl run on Digitalis in 2010, this record should see her gaining wider admiration. Although her synth based sound has echoes of Oneohtrix Point Never and Emeralds, her vocals – although shrouded in reverb and reduced to mere sounds – imbue her synth drones with a sense of humanity a lot of her peers lack.

The latest name to emerge from London’s melting of pot of hybrid styles, the young South London Ordnance dropped his debut release for the esteemed 2nd Drop imprint, a sharp mix of swung garage, dubstep basslines and dense house shapes. An older head could also be found dabbling in some similarly zeitgeist-surfing business, with Darren ‘dBridge’ White dropping two cuts on Convex Industries that veered away from anything he’s done before. “Passing Encounter” is the real killer here, a decidedly fluid offering that sits somewhere between contemporary deep house and two-step garage.

Should you have a craving for shiny compact discs then the fifth instalment of Endless Flight’s trusty I’m Starting To Feel OK arrived featuring an exclusive new jam from Juju & Jordash along with all manner of off-kilter deep house, melodic techno and touchy-feely electronica from heavyweights like Lawrence, Vakula, Eddie C and label boss Kuniyuki.