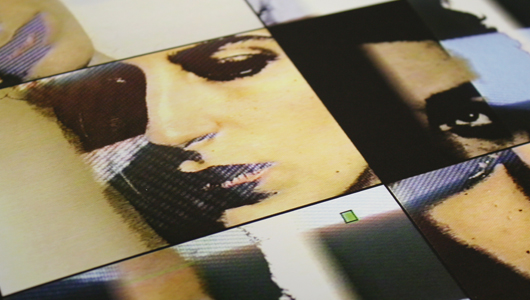 Some weeks you are reminded just how much quality music there is out there to consume and you are left pondering how you are going to fit it all in. This definitely felt like one of those ominous weeks here at Juno Plus.

Hugely anticipated releases such as the third album from Actress and the new Innergaze LP on Cititrax finally arrived, as did the intriguing Mistakes Are OK Remixes 12″ from Hivern Discs and the Eglo debut of Los Angeles analogue masher Gifted & Blessed. Add to this a swiftly announced heavyweight box set from Shackleton arriving (and swiftly selling out) and that’s already plenty to consume over the course of five working days.

But there was also a bountiful supply of records across all genres this week that kept us busy and are fully worthy of your attention. The final instalment of Dekmantel’s Anniversary Series arrived on clear vinyl with excellent standard bearing productions from Fudge Fingas and Redshape, whilst one of the former contributors to the series in Juju & Jordash came through with an all new production for Endless Flight. “Juno Sync” was one third of an excellent 12″ sampler for the Japanese label’s forthcoming fifth edition of the annual I’m Starting To Feel Okay compilation, with Move D’s “Happylock” and DJ Sprinkles “Midtown 120 Blues” also present for their first turnouts on vinyl.

Kowton seems to be in devilishly good form at the moment, swiftly following up a grimy turn on Livity Sounds with another release for hometown hub Idle Hands. Never Liked Dancing makes for perfect Kowton material – wholly sinister and raw, twisting stripped back drum machine rhythms and sprung bass into his own unique shapes. Speaking of Bristol, Apple Pips did more good things this week, turning to the lesser spotted local talent Gatekeeper for the excellent Atmosphere Processor, containing two of the producer’s sharpest productions to date.

In similarly murky bass-orientated waters came the first part of a trilogy of EPs from Untold. From the sounds that run through Change In A Dynamic Environment EP 1, it’s possible to see the Hemlock boss entering a new production phase that was hinted at his turnout on Clone’s Basement Series last year, with both “Motion The Dance” and “Luminous” less rude club tackle, instead altogether more contemplative in tone. A label that could never be accused of contemplation are the relentless Unknown To The Unknown who gathered up a selection of previously digital only material from their transatlantic roster for a killer vinyl drop, titled with typical bombast UTTU Rec In Effekt!.

Over at Juno Download, Low Limit and Lando Kal were back in action under their Lazer Sword alias, this time on 50 Weapons. It was more remarkable how much the duo have switched up their approach from the last LP; there’s a much more footworking influence at work, and a lot more  textural ambience where they were once so enamoured with plush, glossy beats and chunky synths. Elsewhere, Kelpe made his first appearance on Svetlana Industries, with the endearing beat-botherer serving up a full-bodied EP that extolled the virtues of toasty synth lines, ramshackle beats and wild sample arrangement. This week also saw an extended version of Machinedrum’s barnstorming Room(s) album enter the digital domain replete with remixes from FaltyDL, Lando Kal, Chrissy Murderbot and Traxman, while Walton followed up his memorable debut for Hyperdub with the All Night EP and the intriguing Elgato returned to Hessle (more on that here).

There were plenty of quality CDs too: the ever-prolific Ralph Cumbers aka Bass Clef returned to Punch Drunk with Reeling Skullways, a fully-realised album that marked a new direction for a producer once readily associated with dubstep. Veteran DJ, producer, quiff-sporter and rockabilly champion Andrew Weatherall unveiled his Masterpiece, Theo Parrish put together another single-CD selection of his own obscure and hard-to-find productions, the aforementioned Shackleton box set arrives sans vinyl, and Icicle mixed the latest instalment of the well-loved Rinse series.