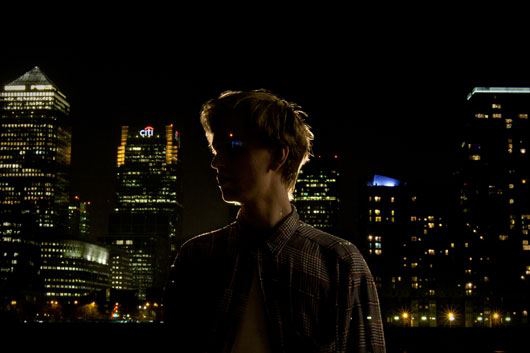 Jam City is undoubtedly the most enigmatic member of the extensive Night Slugs family, with press shots evoking images of David Sylvain in his Japan pomp and tales of working for shadowy West Coast aerospace companies adding a sense of mystique to a paucity of official releases not truly representative of his prolific recording output.

Classical Curves makes for the first substantial musical offering from Jam City, who first appeared on the Night Slugs label via a highly prized Refixes White Label offering in the summer of 2010, before slipping out some illuminating EPs, commencing with Magic Drops later that year and most recently the polished excellence of The Courts. In recent months the label have taken to teasing a expectant audience with short videos of a decidedly lo-fi sounding nature appearing anonymously on YouTube, amusingly made to sound like the music is appearing from a popular brand of smart phone.

Both tracks from the recent 12″ feature on the forthcoming album, with the Main Attrakionz collaboration “The Nite Life” appearing as a bonus cut. Furthermore, the label have elected to precede the release of Classical Curves in intriguing style,with a listening party set to take place at Shoreditch venue East Village on Wednesday May 25, which features DJ sets from the Night Slugs residents and lank haired pop star Kindness along with a full play of the album – more details here.

Night Slugs will release Classical Curves by Jam City on May 28.