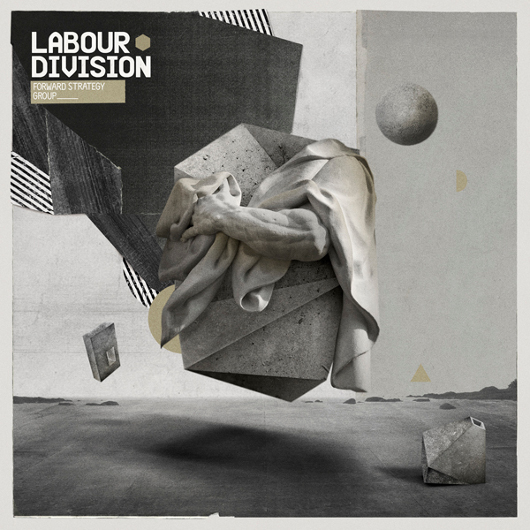 The 10-track Labour Division LP follows a string of EPs from the Leeds/Edinburgh duo of Al Matthews (Smear) and Patrick Walker, which have graced the likes of Stroboscopic Artefacts, Dynamic Reflection and Perc Trax. Press notes for the album describe it as “brutally uncompromising”, which probably comes as little surprise to those of you already enamoured with the duo’s approach.

Wells – better known simply as Perc – has already made his love for UK industrial music apparent, commissioning Cabaret Voltaire man Richard H Kirk and Throbbing Gristle’s Chris Carter to remix Perc Trax material in 2011, so the move to call on London based outfit Factory Floor is a natural one.

It is not yet known which Forward Strategy Group track (or tracks) they have been called on to remix, but it follows a string of releases for an impressively diverse range of imprints, with last year’s well received Two Different Ways EP on DFA preceded by EPs for Blast First Petite and Optimo Music among others.

The band’s lead singer Nik Void is enjoying a watershed 2012, having recently released the excellent Travsverse mini-album on Mute in collaboration with the aforementioned Chris Carter and his TG cohort Cosey Fanni Tutti.

Perc Trax will release Labour Division by Forward Strategy Group on CD and digital formats on May 28, 2012. The Factory Floor remix 12″ will be released before that, although an exact date has not yet been revealed.