Warp announce new album from The Hundred In The Hands

The glacial sounds of The Hundred In The Hands will be ringing out this summer with the news that Warp will release Red Light, the Brooklyn duo’s second album, in June.

Eleanore Everdell and Jason Friedman came to the fore with debut single Dressed in Dresden, released back in 2009 on the sadly missed Pure Groove imprint along with a stellar Jacques Renault remix. Soon snapped up by Warp, The Hundred In The Hands went on to release a well-received eponymous debut album for the label, along with a bunch of singles that featured some truly well chosen remixes. A re-released version of “Dressed In Dresden” featured a STILL CLASSIC remix from Kyle MF Hall whilst Walls, Capracara, Tiger & Woods, Various and Blawan also contributed.

In the period following a worldwide tour in support of their debut album, Everdell and Friedman returned to their New York studio to work on the material that would form the ten track Red Light, a self produced LP that according to the press release acts as a “meditation on separation and reunion, love nearly lost and the long night back to it; a chronicle of late-hour pining awash in digital glow”.

A typically verbose press release from the Warp machine continues, stating the album is “an opportunity to enter the winding tunnels of The Hundred in the Hands’ nocturnal city where time stretches, tempos drop, and guitars plunge rumbling and throbbing out against denser and denser vocals as the story unfolds”. Those who have trouble forming mental images from words will find solace in the album track “Faded”, which is streaming for your pleasure below.

Warp will release Red Light by The Hundred In The Hands on June 11. 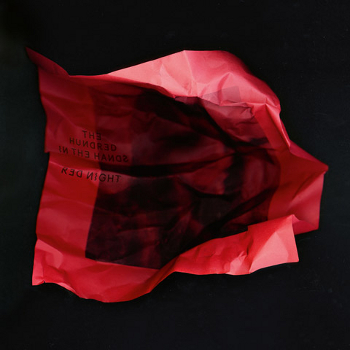