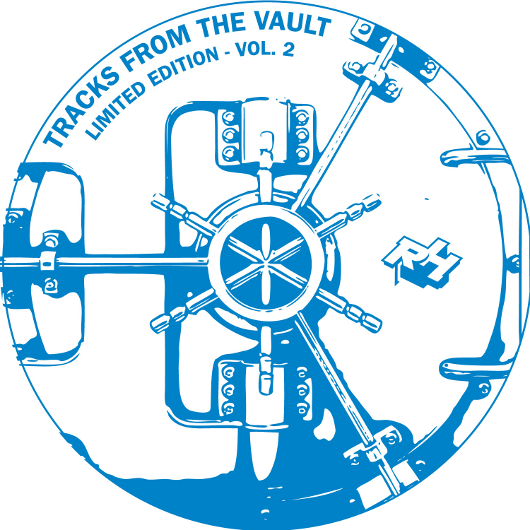 Amsterdam hub Rush Hour switch their attentions back to their fledgling sub label Vault Series for a second release which features the timeless Actress remix of Tom Trago along with an unreleased Terrence Dixon remix from the elusive Texan techno producer Convextion.

The self styled “cheeky series” launched in consummate fashion late last year with an unreleased track from the still mysterious Duster Valentine backed by the timely repressing of Aardvarck’s classic and instantly recognisable party jam “(Just Washed) That Pig”. That template is followed to a tee on the forthcoming installment, due out between late April and early May on vinyl and digital formats.

The Actress version of Tom Trago’s “Lost In The Streets Of NYC” was originally release back in mid 2009 on a Voyage Direct Remixes 12″ alongside an equally good MCDE remix and has been out of print for some time – thus another chance to bask in this uptempo Detroit minded techno should not be passed up.

The mental image of the Rush Hour staff rummaging around in a big shed out the back of their Spuistraat store for the material that forms this series is only strengthened by the B Side remix from Convextion. The Dallas based producer was commisioned to remix Terrence Dixon’s seminal Population One production “Rush Hour” – the very track that inspired the company’s name – alongside DJ Rolando and Aardvarck for a two part re-release to celebrate the label’s tenth anniversary. Convextion actually submitted two remixes, the ambient version that featured on that 2007 release, and the intense, other worldly electro workout which has remained in the Rush Hour vaults until now.