Win: Tickets to Legowelt live at the Rhythm Factory 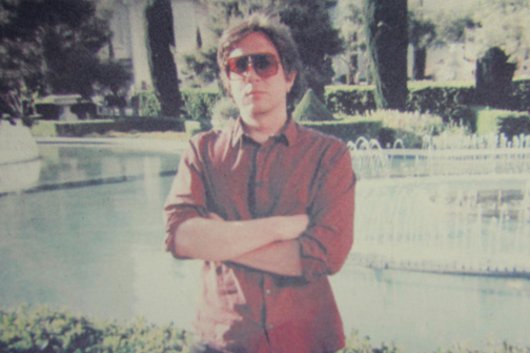 Dutch techno don Legowelt is playing live in London tomorrow, and we have a pair of tickets to give away to one lucky reader.

Those who read Juno Plus on a regular basis will need no introduction to the producer, otherwise known as Danny Wolfers, but if somehow his genius has passed you by, his raw, analogue output on labels such as Bunker, Creme Organization, L.I.E.S. and his own Strange Life Records straddle the line between classic Chicago jack and the lowland electro of his Dutch contemporaries. Ace London promoters Streets Of Beige have teamed up with fellow party starters The Centrifuge and 44 to bring Wolfers to The Rhythm Factory in Whitechapel this coming Friday 30 March for one of his legendary live sets, along with support from R&S legend Mike Dred, Deep Space Orchestra, Ed Chamberlain and Ither.

In order to be in with a chance of winning, email the correct answer to this question, with “Legowelt” in the subject heading to competitions@juno.co.uk: What is the name of Legowelt’s most recent album, released by the producer for free last year?

Entries will close at midday on Friday 30 March, and the winner notified by email shortly afterwards.