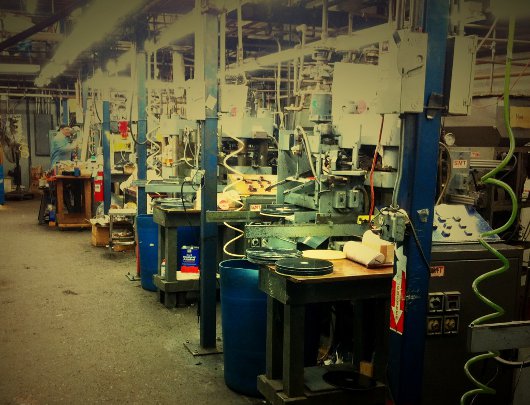 New York party institution Mister Saturday Night have come good on their promise to launch a record label, with a debut release from Anthony Naples due out next month.

Eamon Harkin and Justin Carter’s operation began with a regular party at Santos Party House in New York, before they started seeking out more obscure and interesting party locations. Their list of guest DJs is obscenely impressive, with the likes of Omar S, Theo Parrish, Optimo and Four Tet all appearing in recent times, prompting us to tap them up for a Juno Plus podcast last year. Importantly, Carter and Harkin have always placed great importance on their role of resident DJs, thus helping give the party a singular personality that harks back to the golden days on disco in the Big Apple.

This year they have increased the number of fingers in musical pies, juggling a sporadic residency at London’s Plastic People with their home town parties. Their move into the record label business makes them the latest in a clutch of contemporary New York figures to launch an imprint in recent months (Tim Sweeney and Still Going are among those others). Their debut release will be the Mad Disrespect 12″ from Anthony Naples, a relative unknown who is apparently “new member of the family” at MSN.

You can listen to snippets of all three tracks set to appear on the EP via the Soundcloud player below. On first listen it seems Naples has honed in on a crackly disco-flecked house vibe, with the excellent title track bringing to mind In Flagranti being remixed by Marcellus Pittman.