London trio The Invisible have signed to the evergreen Ninja Tune imprint and will grace the world with a second album, entitled Rispah, in June.

Formerly signed to Matthew Herbert’s Accidental label, The Invisible have been working together for some six years but really rose to the fore in 2009 with the release of their debut self titled album, thanks in no small part to the powerful voice and presence of frontman Dave Okumu. Aside from working on The Invisible, Okumu and his band mates Tom Herbert and Leo Taylor are involved in all manner of other musical endeavours from producing Jessie Ware’s debut opus to drumming for the excellent punk funk outfit Gramme.

This would partly explain the lack of new material from The Invisible in the period subsequent to the release of their Mercury nominated debut, though another reason was the unfortunate passing of the frontman’s mother in the midst of laying down some new music slated for a follow up.  This event had an understandable effect on the aesthetical direction the band were taking with their new material, as Dave explains:

“I couldn’t engage with music for a long period. The moment it returned to me was at my mum’s funeral, which lasted several days. One evening, during the wake, my grandmother Zilpa, my mother’s mum, arrived at our home accompanied by a group of women singing traditional spirituals. They approached my mother’s body and sang over it, dancing around her coffin. It was the most beautiful sound I’ve ever heard. They transformed the atmosphere with sound and the spirit they brought to it. They were celebrating life and death, grief and hope, all things. This act was allowing everyone present to express themselves. It served as the most potent reminder of everything I believe about music. It’s there for everybody, it’s inclusive and transformative. I’m so glad these voices are stitched through our record.”

Taking inspiration from these events, the new album is named in honour of Okumu’s mother and according to the press release is a naturally inclusive record that comes “imbued with an inevitable melancholy but defined by a sense of hope” and features the production touch of UNKLE’s Richard File. The band will precede the album by embarking on a UK tour next week as well as releasing a lead single in the shape of “Protection” which will be accompanied by a remix from rising Warp talent and knitwear enthusiast Kwes.

Ninja Tune will release Rispah by The Invisible on June 11. 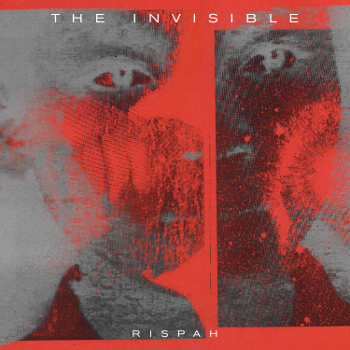