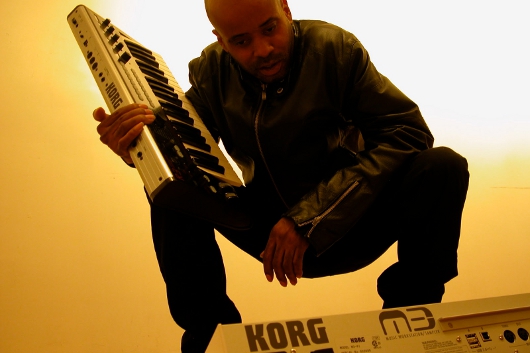 Iconic Berlin techno label Tresor will mark the onset of their 250th release in a manner befitting of their status, with a trilogy of EPs that see a range of contemporary techno artists rework tracks from Juan Atkins‘ Infiniti project.

Dubbed as his “pure techno” project, Atkins graced Tresor with two Infiniti albums. The Infiniti Collection, released in 1996, compiled tracks from a series of 12″s released between 1993 and 1996. A second and equally well regarded album, Skynet, followed in 1998 with both allowing Atkins a chance to focus on a truer representation of the original Detroit techno sound away from his Model 500 material.

Tresor have hand picked an illustrious array of contemporary producers to tackle material from the Infiniti archive with The Orb’s Thomas Fehlmann, Tresor’s “ambient stalwart” TV Victor, Function, Redshape and Sleeparchive involved. Given that the Infiniti material sounds just as relevant today, Tresor have handily decided to include the original versions of each track chosen for remixing. They have also opted to re-release the 9 minute remix dub techno vanguard Moritz Von Oswald did of “Think Quick”, which was originally released all the way back in 1994 on Atkins’ Metroplex imprint.

Tresor will release the first part of Infiniti aka  Juan Atkins – The Remixes on April 2 with the subsequent two EPs to follow on a fortnightly basis – all three EPs come in a variety of clear coloured vinyl too.