Ken & Ryu next up on Basic Rhythm 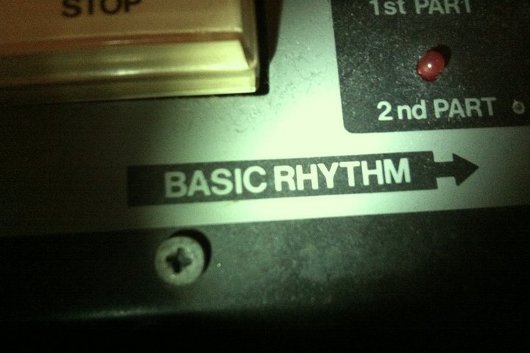 Space Dimension Controller‘s label Basic Rhythm will return with the release of its second EP, with Ken & Ryu at the helm.

Little is known of the producer, though as Resident Advisor reported last July, this release has been slated for some time, and Ken & Ryu is actually a friend of SDC (aka Jack Hamill) who has appeared on a few releases by Boxcutter.

From the sound of the preview which Hamill posted to his Soundcloud page yesterday evening, Ken & Ryu’s sound has much in common with Hamill’s own early work as Space Dimension Controller, characterised by its intergalactic flavours and analogue funk bass. It’s an aesthetic that Ad Bourke explored on the label’s first release, and its one Hamill seems to be keen to develop. Comprised of eight tracks, the EP, which can be previewed below, and doesn’t have a release date as yet, also features a remix from another Belfast producer, Kab Driver.

As any good teenager growing up in the 90s knows, Ken & Ryu takes his name from the principal characters in the classic beat em’ up series Street Fighter, something referenced further in the track “Down, R, Up, L, YBXA” which is, as everyone knows, the cheat code to activate Turbo mode in the SNES verison of the game. Reports that playing the record at 45RPM will create a similar effect are as yet unconfirmed.