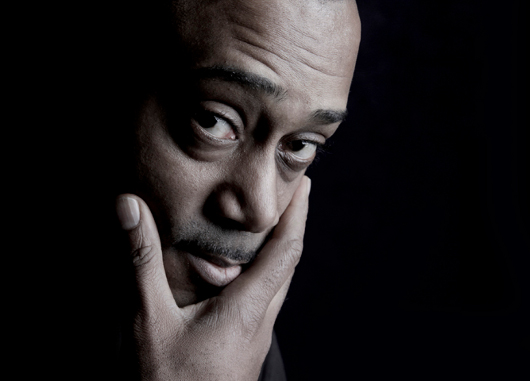 Freerotation, the invitation-only festival that takes place at Baskerville Hall in Powys, Wales has announced the first round of guest DJs and performers to play at this year’s edition which includes Mike Huckaby (pictured above), Blawan, Kassem Mosse and Delta Funktionen.

Increasingly viewed as the go-to festival, not least for the many sets from festival resident Move D which are regarded with something approaching religious fervour, Free Rotation is set to take place on the weekend of July 6-9 and offers something of a more considered lineup to the proceedings at Bloc Festival that takes place that same weekend in its new home in East London.

Alongside the aforementioned names, the recently announced lineup includes plenty of other highlights that demonstrate the wide reaching, international curation process with Roman Flugel alongside Fred P, Jus Ed next to John Heckle, DJ Bone up against 2562 and Juju & Jordash not only DJing but also revisiting the Magic Mountain High project with Move D.

The Livity Sound trio of Peverelist, Kowton, Asusu present a live  showcase, whilst Ben UFO, Pearson Sound and Pangaea are also on board for a Hessle Audio showcase. Added to this is the veritable raft of talent Freerotation can call on as residents with Shackleton, Philpot boss Soulphiction, Perlon artist Portable and Panorama resident Tama Sumo included on the list alongside the aforementioned Move D.

Invitations to become a member of the festival will reopen for a short period on Tuesday, March 20. Full line-up information can be found here.