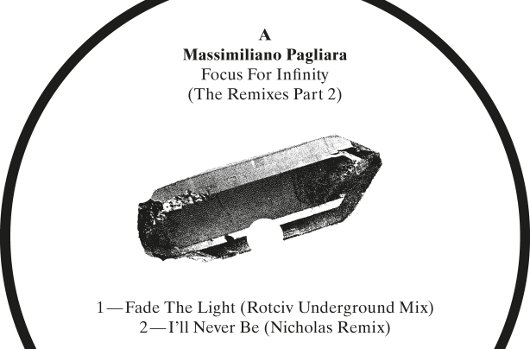 Italian disco-house edits don Nicholas has also turned in a remix (of “I’ll Never Be”), while Brazil’s Rotciv has tweaked album highlight “Fade The Light”. It’s the second round of Focus For Infinity remixes commissioned by the LARJ team – the first 12″ was released last year and featured Tuff City Kids and BHFV .

On first listen it seems Sotofett’s remix of “Harmonize” is the highlight; the three minute clip you can listen to below in no ways does justice to the full 12-minute version that begins with rugged deep house textures and ends with a dancehall shout out.

Live At Robert Johnson will release Focus For Infinity Remixes Pt. 2 on April 2, 2012 on 12″ and digital formats. The DJ Sotofett remix is, unsurprisingly, a vinyl-only affair.