Win: Tickets to Trouw including hotel and dinner 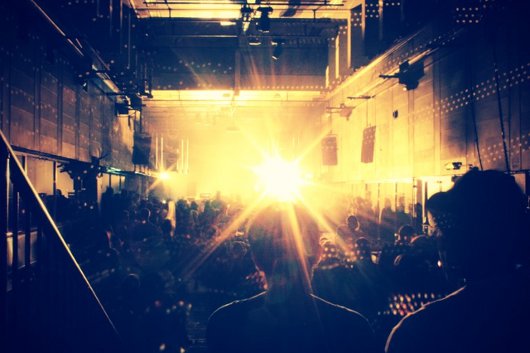 If you’ve ever fancied a visit to Amsterdam’s clubbing Mecca, Trouw, with dinner and a hotel stay included, then you could be in luck, as we’re presenting the opportunity to win just that.

Situated on industrial premises, where the Dutch national newspapers NRC, Het Parool, de Volkskrant and Trouw used to be printed, Trouw is now a multi-disciplinary cultural hub, with a club that sees regular performances from the world’s best DJs (this month alone sees sets from Martyn, 2652, Dexter, Blawan and Clone’s Serge).

In order to be in with a chance of winning the prize, which includes dinner, hotel, and tickets to the club for two, you simply need to answer a short, 10-minute survey about music, clubbing, arts and culture, which can be found by clicking here.

We should stress that travel is not included, but with return flights to Amsterdam costing about £70 you could at the very least bag yourself a cheap trip to one of Europe’s best clubs, and somewhat excitingly, the trip will take place on Queensday, a national holiday that takes place in Amsterdam on April 30.

The competition will close on Friday March 30, and the winner will be notified by email shortly after.