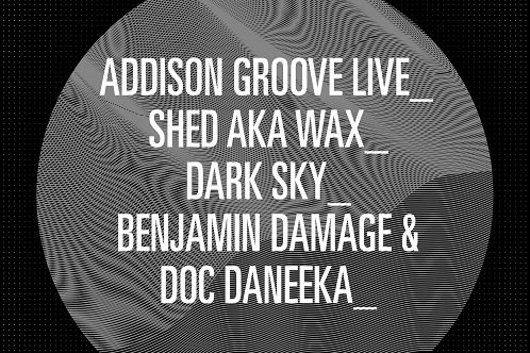 The ever-dependable London-based party Oscillate Wildly are putting on the first 50Weapons showcase in the city next month at Corsica Studios, and we have a pair of tickets to give away to one lucky reader.

After booking almost everyone worth their salt in the world house, techno and bass, Oscillate Wildly have secured the cream of Modeselektor’s 50Weapons imprint to play under one roof, a label which has gone from strength to strength over the last year. On Friday April 13, Dark Sky, Benjamin Damage & Doc Daneeka, Addison Groove, and Shed will all appear at Corsica Studios, with Addison Groove launching his album Transistor Rhythm with a live 808 set, and Shed also exploring his more dancefloor oriented material under the WAX moniker as well as his somewhat more unclassifiable material under his more well-known alias.

In order to be in with a chance of winning, email the correct answer to this simple question to competitions@juno.co.uk with 50Weapons in the subject line: What is the name of Benjamin Damage & Doc Daneeka’s new album, released in January on 50Weapons?

Entries will close on Wednesday March 21 at midday (UK time), and the winner will be notified shortly afterwards.