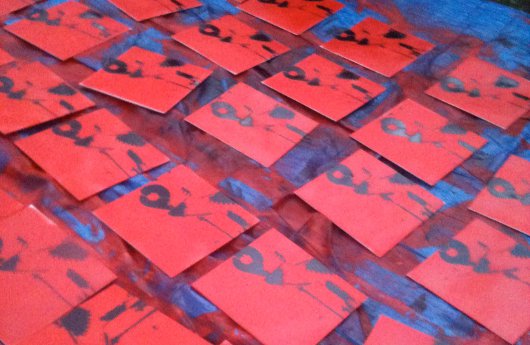 The EP is due out early next month and comes housed in some pretty unique sleeves, with each record wrapped in individually hand sprayed and stamped artwork. The first press will come in the sleeves you see above, while the second batch will be housed in white sleeves with centre stamps.

Successfully tapping up the mysterious Detroit based bastion of anonymous techno Scan 7 (fronted by ‘Trackmasta’ Lou Robinson) is an inestimable coup. It also serves as another example of the label’s adventurous A&R policy, which saw Andres and Ekoplekz on remixing duties for last year’s Chairman Kato 12″. The original material comes from Edinburgh based producer Daojia, perhaps best known around the city’s night scene for helping build a Electrikal 26k Soundsystem.

Label chief Keith Pettinger offered Juno Plus some insight into the arduous process behind making the record sleeves, saying it involved “lots of cans of spraypaint, many hours inhaling fumes, four broken stencils and a few location changes due to bad weather, but it was fun”. 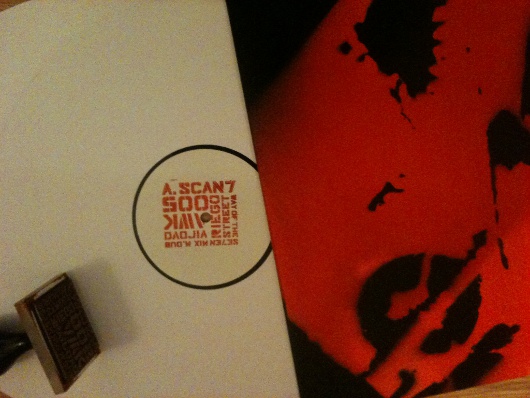