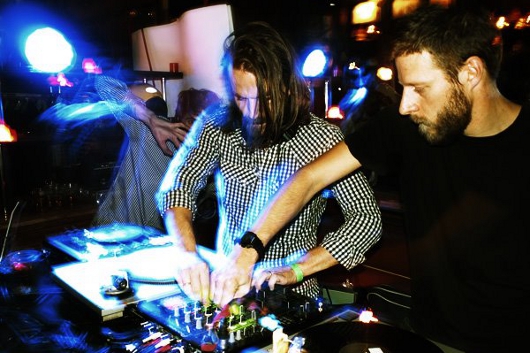 Good news from Tigersushi HQ as the label coax the excellent Principles of Geometry out of hibernation to deliver their third album, Burn The Land & Boil The Oceans.

Aside from a contribution to Tigersushi’s More G.D.M. X compilation released in 2010 as part of the label’s ten year anniversary celebrations, Principles of Geometry have been largely quiet since the release of Interstate Highway System, a single from their second album, 2007’s Lazare, which also featured “A Mountain For A President”, their highly acclaimed collaboration with Gallic crooner Seb Tellier.

Burn The Land & Boil The Oceans is due for release in May and the news is accompanied by a suitably grandiose press release detailing how “Guillaume Grosso and Jeremy Duval were chosen by the Council of Elders, of the Ice Republic, to front the Principles of Geometry project: design a musical piece which could explain the history of humanity to a civilization who doesn’t understand our language; their ultimate goal being to find somewhere in space which could serve as a refuge for survivors of an Apocalypse.”

The two albums and smattering of EPs Grosso and Duval have subsequently released as Principles Of Geometry has seen them occupy the more experimental end of Tigersushi’s admittedly esoteric scale, transmitting their love for John Carpenter OSTs, 90s Detroit techno, American hip-hop and producers from Warp’s iconic 90s era through an analogue process that is undeniably their own. However, the duo state the new album shows they’ve “been more self-centered, which has infinitely multiplied in a chaotic way”.

A taste of what to expect – to a certain degree – is offered next week when Tigersushi drop a Principles Of Geometry Edits EP that has revisions of tracks from the album by label boss Joakim, Pilooski and the perma mysterious Crackboy.

Principles of Geometry will release Burn The Land & Boil The Oceans via Tigersushi on May 7. 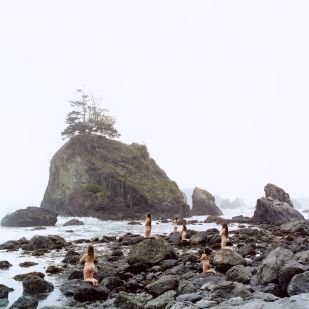