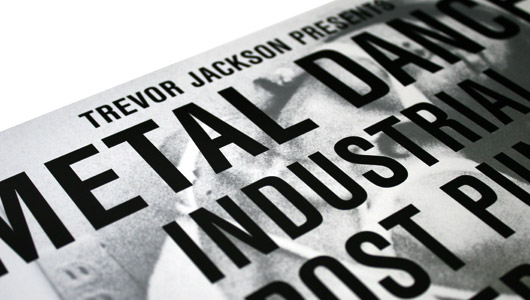 We’re not going to lie; a week where we squeeze in mixes from our favourite J’s of the electronic music world in Jimmy Edgar and Juju & Jordash is always gonna be seen as a good five days work thank you very much.

In between preparing those audio treats for your ears, our own lugholes had plenty of twelve inch shaped treats to occupy ourselves with, not least the techno variety. In its purest, wall shaking form we had the second installment of Mote Evolver’s Paralell series arrive with Shifted and Samuli Kemppi at the helm, contributing some bleak and tracky and quirkier material respectively. Hotflush offered some more examples of the concrete Berghain ready material that the finely coiffured Sigha has to offer, though Abstractions I-IV does provide a certain warmth in sound at times. Providing some diversity in the genre was the sixth EP from Dutch label Field, finally arriving on vinyl with some fresh thinking techno smartness from Delta Funktionen, Rod, Mark Du Mosch and Robert Auser.

Holland’s bustling label community had plenty more to offer this week; Delsin for example offered up Second Blood, an EP’s worth of what to expect from Claro Intelecto’s forthcoming new album for the label. The three tracks from the Mancunian techno stalwart demonstrated a return to the sounds that permeated his early releases and you should probably soak up the words of Richard Brophy to get a full idea of what to expect. Just as essential, Rush Hour dropped the first in a series of Burrell Brothers retrospectives which should see the New York production outfit escape their trappings amidst house nerds collections and break into the wider consciousness. The packaging on this one is absolutely lovely too!

On a house tip, the ever excellent Studio Barnhus returned with a third release from Shakarchi and Straneus that further demonstrated the duo’s propensity for producing delightfully unusual styles of deep house in oblique and non-direct ways; Skylax uncovered some more Lost Cuts from underground Detroit hero Jason Grove for their Wax Classics offshoot; FXHE Boss Omar S presented the debut and deeply soulful sounds of Fit Distribution owner Aaron Siegel and Echovolt continued their LIES matching endeavours with an EP from Simoncino replete with a excellent Legowelt remix. Oh and do check the monstrous Cottam production on the Tru Thoughts Black Gold 3 12″ which sounds like something Jamal Moss might record at his paranoia inducing best.

With the chairmen of the genre board still deep in conversation regarding the correct umbrella term for all the music that has bass in it should be called, we’re just going to have to plough on and focus on the artists. At the traditional dubstep end of the spectrum was Goth Trad, clipping off two cuts from his recent album for Deep Medi and putting them either side of the Airbreaker twelve – expect monolithic, lurching dubstep that will put the frighteners on the more delicate souls. Representing how far times have progressed, Rohan of Randomer fame added Hemlock to his bristling CV with the devastatingly good Scruff Box fully proving his Numbers release was no one off and has been described by one member of the Juno Plus office like “being hit in the face with a bag of rocks”. In between this Punch Drunk continued to excel at the West Country sound with a meaty two tracker from Tessela, matching the chunkiness of “Channel” with the unpredictable jerking swing of “D Jane”.

Over at Juno Download this week, you may have heard some bloke called Will Bevan slipped out a release for Hyperdub with very little fanfare. Seriously though, given that Burial’s sound has now been referenced by countless imitators, it’s testament to his enduring appeal that the announcement of a new EP on a Sunday was enough to shake the online music press out of their collective stupor. As an EP it more than stands up to his previous work, and it may even be better than last year’s Street Halo EP – where the brilliance of the title track left the EP quite top-heavy, there’s no such complaints on Kindred.

We spent an alarming portion of the week shaking our heads in disbelief at how good Porter Ricks’ 1996 dub techno opus Biokinetics still sounds after all these years. Ambient/experimental label Type decision to reissue the album serves as a reminder that 16 years later, Biokinetics still resonates. Continuing in a techno vein, French producer Mondkopf launched the In Paradisum imprint with the Ease Your Pain EP, with the title track sounding very much like Fuck Buttons experimenting in the studio in the midst of an acid trip.

Elsewhere, Ital joined Mike Paradinas’ Planet Mu imprint with a mini album entitled Hive Mind; just five tracks long, it is filled with elongated and at times unhinged deviations through house music that touch on the excellence of his self released Culture Clubs 12″ from last year. Meanwhile, the multi-instrumental production methods of Burnt Friedman have long beguiled listeners, and this week he returned with another full-length that prized metallic percussion above all else.

Other new arrivals in the digital domain included the third in a 13-part series of off kilter house jams from Amsterdam dwellers Tom Trago and Awanto 3, the new Hyetal single on Blackacre, Objekt’s sonic missles for Hessle and not one but two releases from Portuguese duo Photonz (one on Don’t Be Afraid and the other via Get The Curse) and the aforementioned Claro Intelecto EP for Delsin.

In CD land, we saw the arrival of Trevor Jackson-curated compilation Metal Dance (check out the artwork for the lush vinyl version at the top of the page), which focused on the clanking, far-sighted world of the 1980s’ most revolutionary genres – namely industrial, post-punk and EBM. His two-disc selection touches on many different strands, from bleak synthesizer jams and crunchy punk-funk to twisted industrial disco, mutant electrofunk and almighty percussive workouts.