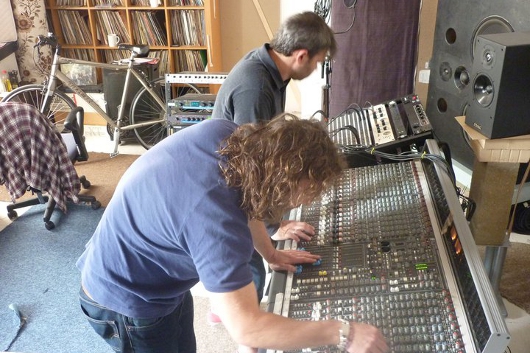 Entitled Cellar Door, the eight track album allegedly took the duo of Dan Tyler and Conrad McDonnell the best part of a year to complete and is seemingly already available in some format to residents of Japan. Cast as figureheads of the space disco movement alongside Lindstrom and Prins Thomas back in 2004-5, the ongoing legacy of the Idjut Boys stretches back much further than that, helping to “establish a movement with no name” as the RBMA once said.

Rightfully known for a sense of humour in an industry largely absent of it, the Idjut Boys have been releasing music under a variety of aliases since the mid 90s gracing labels such as the iconic Nuphonic, Glasgow Underground, Bear Funk and their own Noid and Droid imprints with a heady concoction of house, techno and Ron Hardy worthy edits. They have also been responsible for countless remixes over the years as well as perhaps one of the finest mix CDs of recent times in the 2005 released Press Play for the Tirk label.

Smalltown Supersound will release Cellar Door by the Idjut Boys on April 9.