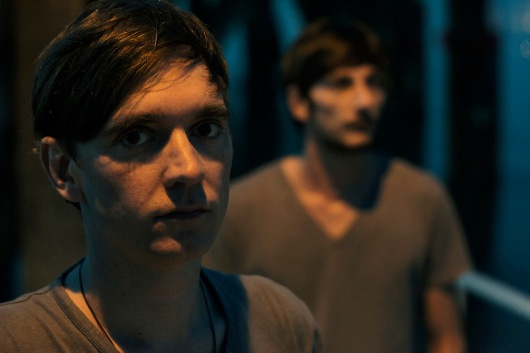 Techno producers Peter Van Hoesen and Yves De Mey have just announced the latest release of their collaborative project, Sendai, with a double vinyl release entitled Geotope due out in March.

Though both are primarily known for their austere techno productions – De Mey having releases on Line and Sandwell District to his name, and Van Hoesen with releases on Ostgut Ton and Ann Aimee among countless others – the pair are also longtime friends, sharing a keen interest in the outside edges of the musical spectrum, with a keen interest in sound design, and both having produced work for theatre and dance performances.

Both producers have been treading the path of cerebral techno for some time; indeed Van Hoesen’s Time 2 Express imprint evolved from his first label, the experimental Foton, and he revealed plans for Geotope in an interview with Juno Plus last year, describing it as “more experimental than anything we have done before”.

“It’s like coming full circle,” he explained in Richard Brophy’s piece on the abstract techno resurgence. “We started in 1999, the clicks and cuts sound was in full swing, now the scene has changed again and the abstract form is becoming an accepted sound. It’s a question of evolution – the tools are there to make structures and sounds that we couldn’t 10 years ago –  and nowadays, more people will make abstract music as technology gets more accessible. That has a big role. In the past, it was only experimental artists who were doing this music.”

Those in Berlin can catch the duo at Berghain on January 31, as part of this year’s Club Transmediale Festival.

Geotope will be available through Time To Express imprint on double 12″ on March 26, 2012.