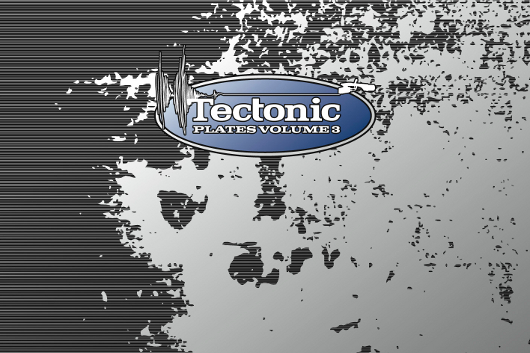 Hot on the heels of the in-depth Pinch feature posted yesterday comes news that his label Tectonic is readying the third edition of the Tectonic Plates compilation series, which features contributions from the likes of Addison Groove, 2562, Kevin McPhee and the boss man himself.

Set for release in March, the 13 track Tectonic Plates Vol 3 differs from previous editions in that it will not be accompanied by a DJ mix (no doubt due to the over abundance of free mixes and podcasts in the current climate). However, like previous editions it gives Tectonic a chance to showcase the talent on their roster as well as calling on like-minded friends for musical contributions for a selection that veers the genres.

Thus contributions from producers who have graced the label to various extents in recent times such as Addison Groove, Kryptic Minds, Roska and 2562 are complemented by the presence of Tectonic debutants that includes Deep Medi regulars like Goth Trad and Tunnidge and several breakthrough artists in the shape of Kevin McPhee, Illum Sphere and former Juno Plus One To Watch Om Unit.

The compilation also features a few of the previously unreleased tracks that featured on Fabriclive 61, notably the aforementioned Illum Sphere’s “Promise A Secret” and Roska’s “480 BC”.