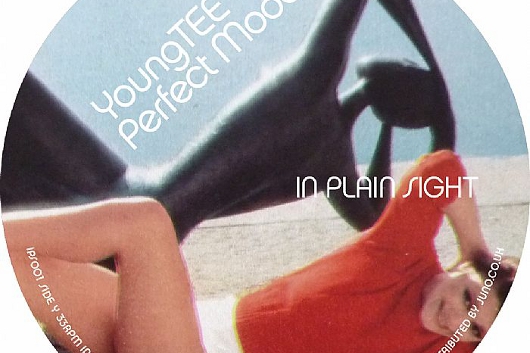 In Plain Sight, a new label overseen by Andy Blake, launches later this month with a remit to focus specifically on house music and a debut release from the previously unheralded YoungTEE.

The new endeavour complements Blake’s two concurrent label operations in World Unknown and Cave Paintings, which focus specifically on throbbing left-of-centre dance music and Blake’s own stripped down productions respectively. As you would expect, In Plain Sight is described in typically colourful prose by Blake as focusing on “rough, raw house music” that provides “a lense that can focus something of the wealth of energy, creativity and musical freedom from a quarter century old tradition fairly and squarely into the present”.

The label launches in style with two tracks from the obscurely monikered and quite mysterious YoungTEE (seriously, try Googling him and you fall into a vortex of unsigned hip-hop acts) which displays the kind of esoteric nuances that would undoubtedly appeal to Blake’s ears. It’s allegedly the first of several releases from YoungTEE planned on In Plain Sight this year.

In Plain Sight launches on January 30, with Dr Chocolate by YoungTEE and mp3 enthusiasts will be pleased to hear the label will drip feed their releases digitally a few weeks subsequent to the physical release.