LA producer GB adds another project to his sizeable discography with news of The Steoples, a collaborative endeavor with fellow West Coast musician A Race Of Angels.

Both occupy the mysterious end of the vibrant LA beat scene, though GB (aka Gabriel Reyes-Whittaker) seems on the cusp of wider recognition having recently released the quite excellent and ultra limited EP The Provider via his own self titled imprint to fanfare from the likes of Floating Points and FunkinEven.

In addition, Reyes-Whittaker also has a forthcoming release under the GB moniker due on All City in the shape of the bumping analogue double drop 7 in 24/Dogon, marking a return to the Irish imprint having featured on their LA Series alongside Carlos Y Gaby in 2010.

The duo’s self titled EP The Steoples is due out next month on Reyes-Whittaker’s Gifted & Blessed label and features four tracks that musically veer from plump analogue explorations to pensive beatdown and scratchy uptempo house-not-house, all lined with added soul by the delicate vocals from A Race Of Angels. As musical statements go, the EP makes for a powerful debut from two talented musicians and bodes well for the subsequent material the duo are apparently working on. 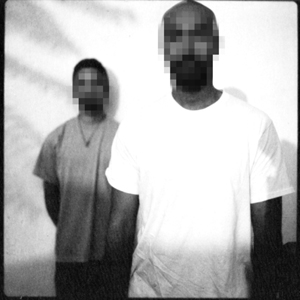