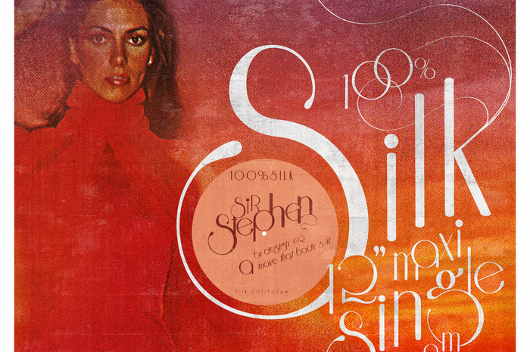 The first details of 100% Silk’s release schedule for 2012 have started to slip through, with Sir Stephen revealing his debut LP, House of Regalia, to be released on the label.

The New Orleans based producer has already had one release for 100% Silk, the excellent By Design (pictured above) which still stands as one of the most overtly dance focused releases on the label, taking its cues from the ’88-’91 era of classic house. His follow up looks set to continue to wear its influences on its sleeve, with what looks from the preview, uploaded to the producer’s Soundcloud page, to be seven tracks of retro house music with a contemporary kick.

The label itself is fresh from winning itself a spot on nearly everyone’s “Best Labels of 2011” lists (ours included), and considering they averaged a release a month last year, House of Regalia is only the tip of what we can only assume is a pretty sizable iceberg for 100% Silk this year.

Although no tracklisting or release date has yet been revealed, you can listen to a preview of the release in the Soundcloud player below.