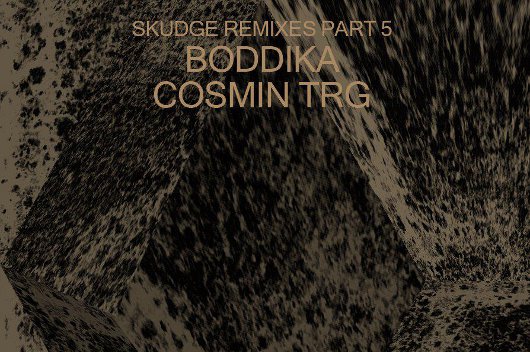 Exciting news has emerged from the Skudge stronghold today, as it transpires that Cosmin TRG and Boddika have been handed resposibilities for the fifth entry in the ongoing Skudge remix series.

Rolando, Aardvarck, Appleblim & October, Marcel Fengler and 2562 are amongst those who have already contributed remixes of the Swedish duo and the addition of Cosmin TRG and Boddika ensures that the series high standards are more than maintained. Announced officially by Skudge through their Soundcloud page, Cosmin TRG will be responsible for reworking “Ursa Major”, the opening track from Skudge’s Phantom LP last year, while Boddika will be reworking “Below” which occupied its own 12″ EP along with “Phantom”.

Both reworkings are of as high a quality as we’d expect from both producers; Boddika gives “Below” one of his trademark acid re-rubs, transforming the ethereal diva vocals of the original into something altogether more gnarled, while Cosmin TRG’s take on the beatless drones of “Ursa Major” sees him firm it up with some granular handclaps and white-hot chords. Both tracks can be previewed below.

No firm release date has been set beyond “this year”, but it’s safe to assume that it will probably follow the release of MRSK’s Twirl, the first full release on Skudge’s label not produced by the pair, due any day now. As ever keep an eye on Juno for details as they emerge.