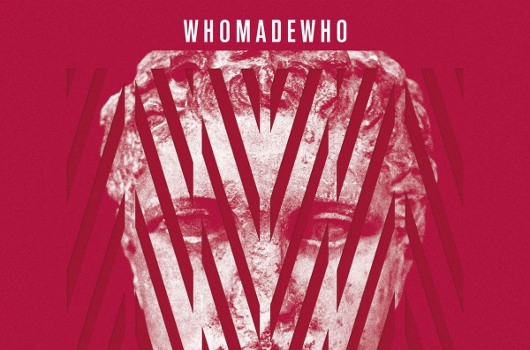 The album is the promised full length follow up to Knee Deep, the trio’s mini LP length debut for the Cologne imprint that was released in April last year. That release saw them embark on a new musical direction, discarding with the no wave hooks and cheeky cover versions of their early celebrated Gomma output in favour of a sound with a more sinister undertone.

Like Knee Deep, the new album was recorded on the isolated grounds of a semi finished hotel in Copenhagen after the trio of Jeppe Kjellberg, Tomas Høffding and his more celebrated namesake Barford finished a gruelling tour in the Spring of 2010. It would appear from the sounds of lead single “Inside World” – streaming below – that the new album will take a more familiarly upbeat and throbbing tone than it’s predeccesor.

Kompakt will release Brighter by WhoMadeWho on February 27.