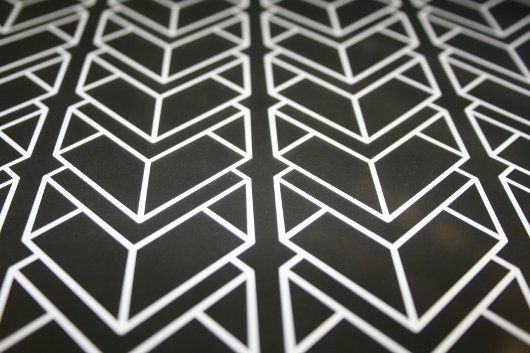 With the three day week between Christmas and New Year leaving the Juno offices quiet to say the least, and the number of records coming in reduced to a mere trickle, this week provided ample opportunity to look at the veritable smorgasbord of clubbing options for New Year’s Eve.

If you haven’t yet decided where you’ll be seeing in 2012, there’s still time to decide, and our New Year’s Eve party picks feature should provide you with ample choice (should there still be tickets available). In the spirit of looking ahead to 2012, and with a lack of releases, it seemed prudent to look ahead to next year, and take a look at the releases we’re looking forward to getting our hands on in January and beyond.

House fans look to have lots to spend their cash on in January alone; Gerry Read and KevinMcPhee have been two of the genre’s most promising newcomers in 2011, being in no small part responsible for the creation of the term “knackered house”, so their collaboration in the form of “Demolition Man” is a must. Also on a murky house tip is the first release from Andres’ new label, La Vida, while Tom Trago and Awanto3 reach the third instalment of their warm and dusty Alfabet project. Meanwhile, those who like their house a little more straight up can look forward to the return of erstwhile Dissident artist Helium Robots on Running Back with two Theo Parrish remixes on the flip, Omar S collaborating with OB Ignitt on FXHE’s next release, and Hunee’s forthcoming 12″ on Rush Hour.

For those more inclined towards the bassier end of the spectrum, LuckyMe already have two huge releases slated for 2012, with Machinedrum’s return to the label in the form of the SXLND EP, and the debut release from Ango, who has already been assisting with the Jacques Greene live show. Kowton meanwhile returns to Keysound for the eagerly awaited collaboration with Dusk. Finally, the Fabriclive mix series will reach number 61 with dubstep pioneer Pinch’s entry into the series.

It will be a great start to the year for techno fans too, with the forthcoming Claro Intelecto EP on Delsin looking set to give Andy Stott a run for his money with its sludgy, slow moving beats, Marcel Fengler giving Rivet’s latest release on Kontra his own redefinition, and a new release from Rrose arriving on Sandwell District. Slightly more esoteric tastes will be catered for with the first release from Bintus, the man also known as Binary Chaffinch, Kruton, and a host of other names. Perhaps the most exciting techno prospect however is Shed’s material for 50 Weapons – the label has consistently surprised with the quality and diversity of their releases this year, and 2012 looks to build on that momentum.

Add to all this Joy Orbison and Will Bankhead’s newly formed Hinge Finger label, the prospect of new Actress material and remaining Shangaan Electro remixes on Honest Jon’s, further missives from a top-of-their game Clone’s various sub-labels, and whatever Planet Mu are going to throw at us next, and you’ve got yourself a pretty exciting 2012. Of course this doesn’t even begin to cover the exciting releases from hitherto unknown artists that will cross our desks next year, something we’re looking forward to just as much. With that, there’s little more to do this year than wish you all happy New Year’s Eve partying, and a prosperous 2012.