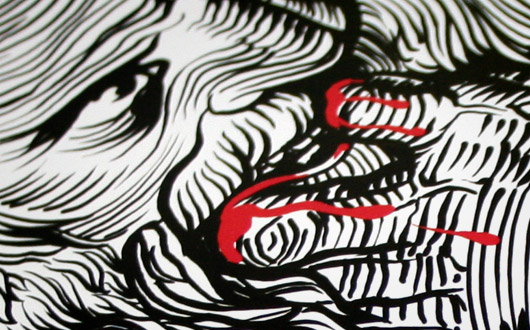 Christmas may be looming ever nearer, but that doesn’t mean the releases have stopped coming thick and fast, with a few items coming in this week that may even have made our end of year lists had they arrived a tad earlier.

Although the CD version arrived last week, perhaps the release that generated the most excitement was the arrival of Clone’s Drexciya reissue compilation Journey Of The Deep Sea Dweller I on double 12″, housed in a beautifully embossed sleeve. More Detroit heat joined in the form of a pair of brand new Underground Resistance 12″s: Mark Flash’s King Of Light EP and the return to the production fold of live outfit Timeline with The Greystone Ballroom EP.

Closely following the Drexciya compilation in our affections was the debut LP from D’Marc Cantu on Creme. Arriving in the kind of sumptuous packaging befitting an LP being released on the verge of Christmas, his debut is every bit as excellent as we hoped. Fallen is split across two slabs of wax, with the Chicago native taking the throbbing, visceral take on house that surfaced on his EPs from Creme Jak and M>O>S to the next level across the album’s 11 tracks.

In the shady world of all things bass meanwhile, the ever on point Swamp81 released the latest 12″ from Pinch, Retribution, with the title track particularly reminiscent of Instra:mental’s slightly straighter take on dubstep. Also notable was a tasty little 10″ from [Naked Lunch], featuring the talents of Instra:mental’s Jon Convex spread over two sides of red marbled vinyl, with “Pop That P” providing some of the finest booty shaking party techno you’ll hear this year. Numbers released their final 12″ of a brilliant year, with Redinho’s “Stay Together”  a typically ripe update on the Troutmann speaker box neon funk, while Tony Williams applied the brakes to the Addison Groove juggernaut momentarily to remind everyone of his production prowess as Headhunter.

Elsewhere, house fans were catered for with the reappearance of Linkwood on Firecracker affiliated imprint Shevchenko, with title track “Secret Value” being a particular highlight. Techno afficionados were spoiled with the latest instalment in the 5 Years Compilation series, featuring  a collaboration between Karl O’Connor (aka Regis), Peter Sutton (aka Female) and Richard Harvey; entitled “Public Beheading” its ominous tones and cinematic atmospherics paint a grim picture, as the name suggests. Meanwhile, 100% Silk ended their stellar year with Maria Minerva’s fourth and perhaps most intoxicating release of 2011, presenting yet another chameleonic slant on druggy, eighties musical sensations with Sacred & Profane Love.

Over at Juno Download, there was still plenty of reason to get excited, with a smattering of top releases arriving into the digital domain. Rush Hour’s releases never fail to impress, and this week saw a pair of digital gems arrive from Amsterdam’s finest label. First up was Tom Trago’s Iris In Dub, containing four dub versions of tracks from his album Iris, with each of the tracks the end product of live experimentation. “Life In Dubs” in particular stood out, arising from the guttural throb and chirping bird like melody into a dubby percussive monster that never settles into any one rhythm. Next up was BDI’s Decoded Messages of Life & Love, featuring two deep, percussive powerhouses.

Elsewhere, Kowton & Tom Dicicco offered two different but compatible interpretations of underground house and techno on this latest Project Squared release, Marcel Dettmann offered two sublime definitions of Morphosis’ “Too Far” on Delsin, while dubstep fans were well catered for with no less than two releases from Skream in one week, with Skreamizm Vol. 6 arriving on Tempa, and his collaboration with Sam Frank, entitled “Anticipate” causing a bit of a stir.