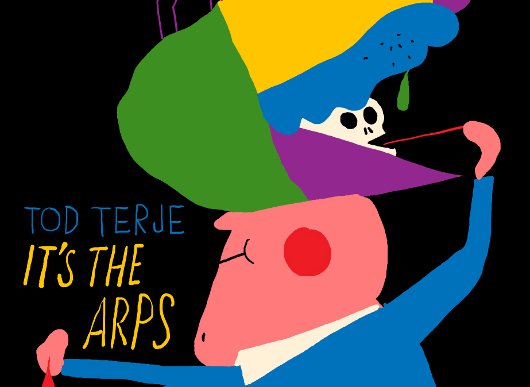 Norwegian disco producer and esteemed blogger Todd Terje will launch his Oslen imprint with an EP of his own material entitled It’s The Arps.

Supposedly influenced by Terje’s favourite Monty Python sketch, the entire EP was created using the ARP 2600 synth. Online buzz over the release has already been building thanks to the appearance of one its tracks (“Inspector Norse”) in Terje’s sets over the summer months and looks set to scale similar heights to the excellent Ragysh 12″, which surfaced on Gerd Janson’s Running Back label back in April.

The EP will hit the shelves “very soon”, according to the man himself. In the meantime you can check out the EP’s artwork above, which features a misspelling of Todd, or read the goofy yet wonderfully insightful recent interviews with James Murphy and Morgan Geist which have appeared on his new website Let’s Nerd.