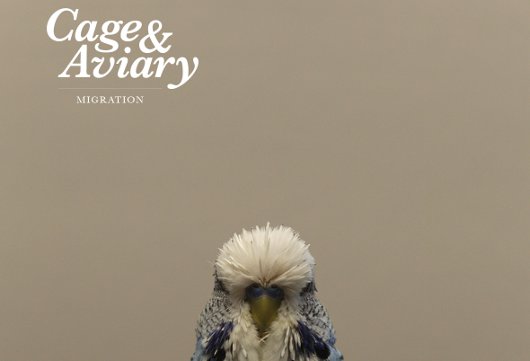 The duo comprised of Jamie Paton and Nigel Of Bermondsey have almost made a career out of being underrated by the masses, although dancefloor cognoscenti such as Erol Alkan, Tim Sweeney, Andy Blake and Bill Brewster are all confirmed admirers.

Several outings for the aforementioned Blake’s now defunct Dissident imprint were followed by 12″s for another two seemingly dormant imprints, DFA sub-label Death From Abroad and Mock N Toof’s Tiny Sticks, as well as releases on their own label, The Walls Have Ears.

The 12-track set – originally slated for release in summer 2011 – showcases the full breadth of the Cage & Aviary sound, from wide eyed synth nerd-outs (“Giorgio Carpenter (Director’s Cut)”), low slung disco chuggers (“In Todd We Trust”) percussive jaunts (“Colourless Plastic”) and sweat-drenched house (“Lean On Me”, which features the vocals of Denise Johnson), all of which are conducted with a refreshingly cheeky sense of humour.

Internasjonal will release Migration by Cage & Aviary on 2xLP, CD and digital formats on January 23, 2012.