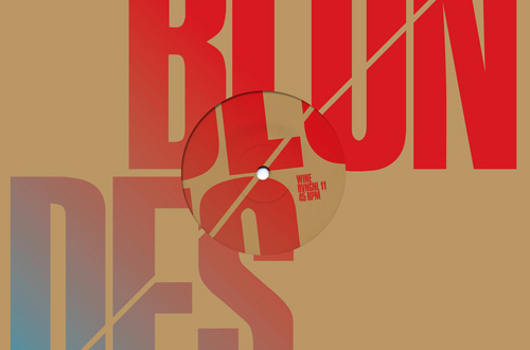 NYC duo Blondes will cap their trilogy of twelve inch releases for RVNG Intl in fine style with the release of Wine/Water.

Set for release next week, Wine/Water sees the duo of Sam Haar and Zach Steinman explore themes of duality with RVNG Intl for the final time, having debuted the conceptual series with the stunning Lover/Hater back in March and followed with the equally resplendent twelve inch sequel Business/Pleasure over the summer months.

The series has seen Blondes mature from the somewhat linear nature of their Merok released debut album Touched, developing the heady hypnosis of those early productions and delivering music that is more confident, adding pervasive darker elements to a brand of electronics that already retains a capacity for devastation.

Cop a feel of the sounds that run through both “Wine” and “Water” at the RVNG site, and look out for more interesting Blondes releases on the label in 2012.

RVNG Intl will release Wine/Water by Blondes on 12″ on November 15.