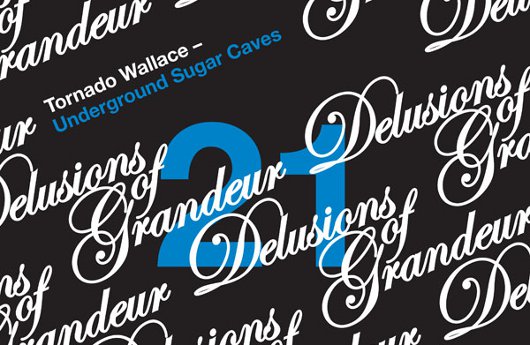 Australian producer Tornado Wallace will return to the Delusions Of Grandeur imprint in November with the three-track Underground Sugar Caves EP, featuring a remix from the Idjut Boys.

It’ll be the producer’s third 12″ for the on-point deep house label, following two EPs in 2010 (Paddlin’ and Always Twirling), and arrives hot on the heels of a disco-flecked excursion for The Revenge’s Instruments Of Rapture imprint.

Offering a titular nod to one of Kent Brockman’s finest moments, “Underground Sugar Caves” is a throbbing slice of sweat-drenched, heavily arpeggiated house, which is treated to a typically dubby and drugged out remix from the Idjut Boys on the flip. “Insect Overlords”, which was debuted on Tornado’s well received Resident Advisor podcast in July, is characterised by a bewitching vocal loop and sultry synth stabs.

Delusions Of Grandeur will release Underground Sugar Caves by Tornado Wallace on November 21.