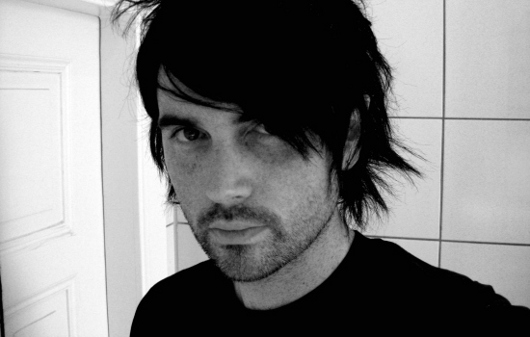 The set will be available through Downwards, either in a hardbound linen cloth book, or as three individual CDs. The collection will cover known material from the albums Gymnastics, Regis and Penetration, material previously unreleased or only available on vinyl, as well as material under the early  Sandra Plays Electronics moniker, with a number of 4-track demos recorded under that name.

The compilation comes just after the release of O’ Connor’s first material under the Regis name in 10 years, the well received In A Syrian Tongue EP on Blackest Ever Black, which followed years of collaboration as part of both Sandwell District and British Murder Boys. Thanks to Fact for breaking the story, and Resident Advisor for the tracklisting.

Those in London can see Regis performing live at BleeD’s Blackest Ever Black showcase this Friday October 21. More details on that here.