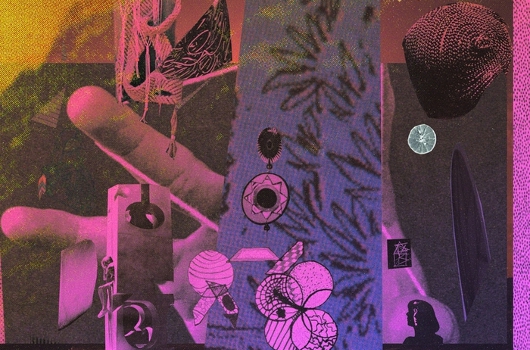 No Pain In Pop released one of this year’s most illuminating debut albums last week in the shape of Patten’s GLAQJO XAACSSO and the elusive producer has rolled out an interesting remix project to accompany it.

Complementing GLAQJO XAACSSO, Patten has demonstrated an amusing, evasive approach to the art of the interview, responding with a series of Wikipedia entries to Dazed Digital’s questioning and interviewing the Dummy interviewer. The concept behind the similarly unpronounceable the JLAGQO CSOAAXS remix project just adds to the producer’s aura and is probably best described by Patten himself:

“Each remixer gets a bunch of chunks from a finished track. One track per remixer. No stems. No finished full track to compare against. So basically passing the fragments like bits of code divorced from the full program. See what gets retained, what comes through from these bits of sonic DNA.”

The remixes will be released across a series of three digital EPs that will be freely available to download, with the inaugural EP featuring remixes from new Five Easy Pieces signing My Panda Shall Fly and former witch house purveyor C Powers available now from the below Soundcloud link.