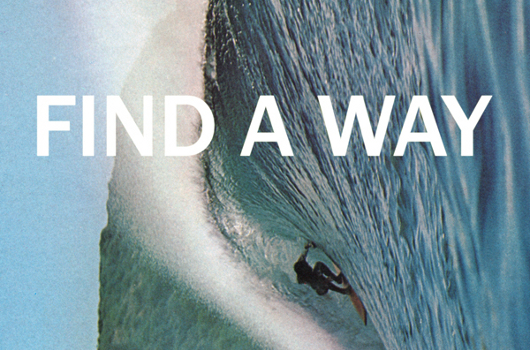 News arrives from Tigersushi HQ of the next single to be released from Joakim’s recent fourth album, with John Talabot and Soul Clap among those called on to remix “Find A Way”.

Supposedly the first track the Frenchman recorded in preparation for Nothing Gold, it was discarded and then revisited once Joakim had conjured an overarching concept regarding how the album would play out. Joakim stated in the press release that accompanied Nothing Gold that he wanted the album to be filled with the sort of sophisticated pop sounds that the likes of Steely Dan and David Bowie used to make.

“Find A Way” is definitely one of the catchiest tracks from the album, described as sounding very much like The Thompson Twins by Turbo impresario Tiga, and thus ripe for single release and revision. It’s fair to say that the choice of remixers will tickle the pickle of many, with the aforementioned Boston duo and Hivern Disc artist joined by Sound Pellegrino’s resident gothic techno merchant Das Glow and the forever bouncy duo Punks Jump Up.

Tigersushi will release Find A Way by Joakim on October 3.