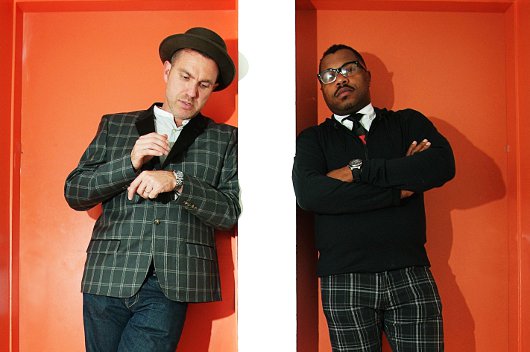 After a five year period of near dormancy, the Derrick Carter and Luke Solomon run Classic Music Company is set to return, with a renewed focus on vinyl.

Founded in 1995 after Solomon met Chicago legend Carter whilst DJing in the windy city, the label’s early years saw releases from Carter and Solomon, as well as luminaries such as DJ Sneak and Roy Davis Jr. alongside artists such as Tiefschwarz and Isolee, whose “Beau Mot Plage”was one of the label’s defining moments. Its tenth year saw the start of a fallow period in which only a few digital releases were put out.

However, following the label’s extensive back catalogue being made available digitally for the first time early this year, Carter and Solomon have announced their intent to restart the label properly, with a renewed focus on vinyl, with some releases being promised vinyl exclusivity. This has already begun in earnest with the release of Solomon’s Interceptor EP, featuring remixes from Carter himself, Kamo, and Mark E.  Future releases are promised from Solomon’s collaboration with Chris Duckenfeld with the “acid-inspired” Milk & Cookies EP, and remixes of Roy Davis Jr’s “About Love” by Ashley Beedle and DJ Ali’s “You Don’t Know” by Matt Tolfrey.

The releases will also be supported by a full range of Classic merchandise as well as a label tour over the next few months which will see Solomon and Carter playing dates in London, Berlin, Glasgow, Vienna and Zurich. For full details check the Classic website, and as always, keep your eyes on Juno Plus for release updates as they arrive.