Actress: Clubbing in the Congo 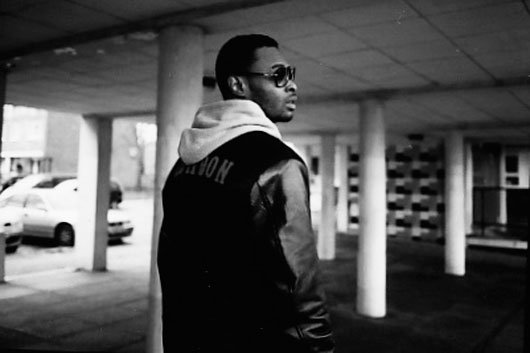 Actress, real name Darren Cunningham, remains of the most elusive, singular, and, well, interesting characters in contemporary electronic music. His unique brand of muggy, heavily compressed electronica has graced two much-loved albums – one on his own Werk Discs imprint, the other via West London record emporium Honest Jon’s. There have also been EPs via Instra:mental’s Nonplus and Trus’me’s Prime Numbers labels, but it has been his relationship with Honest Jon’s (who released Spazsh, and will release his next album) that has given him his widest audience. His shadowy reputation has been fostered by an (at times) aloof attitude to self-promotion and a wonderfully baffling Twitter account, through which he’s been known to give away free tracks en masse. His live performance at the recent Field Day festival in London, although not quite attaining Zomby levels of capriciousness, served only to enhance his reputation: 25 minutes late for his scheduled slot, he arrived dressed in a black cape and proceeded to put on one of the most incendiary performances of the day.

He recently took part in the DRC project – on Oxfam initiative spearheaded by former Blur frontman Damon Albarn, which saw a troupe of UK based musicians travel to the Democratic Republic of Congo to record an album with local musicians. Albarn’s close association with Honest Jon’s no doubt alerted him to Cunningham’s production prowess, and he was joined on the voyage to Central Africa by a varied cast of musicians including XL boss Richard Russell, Totally Enormous Extinct Dinosaurs, Dan The Automator, Jneiro Jarel, Marc Antoine, Alwest, Remi Kabaka, Rodaidh McDonald and Kwes. The album, entitled Kinshasa One Two, was recorded in Kinshasa over a five day period in July this year and will see release via UK label Warp. We spoke to Cunningham about his time in the Congo, which he discussed in vivid detail, describing it as a “life changing” experience. Typically, he chose to take a slightly different approach to his peers, spending most of his time away from the studio interacting with local families, walking through the ghettos of Kinshasa and experiencing the city’s vibrant club scene.

How did the DRC project come to be – who approached you to join?

The proposition came to me via Honest Jon’s. They said an invitation from Damon Albarn was forthcoming, and he wanted me to go to the Congo to record an album. They asked if I was interested, and obviously I was.

Damon was overseeing the entire project, although each artist was pretty much able to do what they wanted. People would break off with different musicians at different times; we weren’t always working together collectively. I spent some time away from the group, going out into the ghetto and experiencing the surroundings. It was disciplined in terms of putting the project together, but within that there was room to move – everyone was left to their own devices when it came to putting together their piece for the album.

How much time did you spend outside of the studio environment? Did you find that side of things inspiring?

Well I did, obviously I can’t really speak for everyone else. I met up with a younger group of locals and musicians, and we were hanging out, chilling, smoking weed, and it happened that I was spending more time outside of the camp and in the actual neighborhood than in the studio. Often I wasn’t actually making any music at all, I was just meeting different families and going into different households. The guy I did my piece with – his name was Bebson – I ended up going to his house and spending a lot of time with him. For me personally, it was both an intense cultural and musical experience. The recording I did actually happened on the final day, after everyone had done their pieces – it was a last minute thing. I spent a lot of time with locals, clubbing, dancing… everyone had their own unique experience.

“The clubs were incredible, the music they were playing was incredible; it was a cross between R&B and Kiss FM in its heyday, it had a commercial rawness that I like, and lots of cut-ups and bootlegs, crazy hyper DJs adding their own voodoo sounds to the mix… it was going off”

I spent a lot of my time trying to figure out what the fuck was going on, really. It was a completely mad environment, and I just tried to take it all in and keep my head together. The clubbing experience was one of the best I’ve had in a long time, to be honest with you. The clubs were incredible, the music they were playing was incredible; it was a cross between R&B and Kiss FM in its heyday, it had a commercial rawness that I like, and lots of cut-ups and bootlegs, crazy hyper DJs adding their own voodoo sounds to the mix, it was just all going off. I think Damon said recently that it’s strange that people look down on Africa culturally, and with the parts of the Congo I saw, particularly the club scene, the vitality was stronger than anything I’ve experienced in London or anywhere in Europe. It was so different.

How long were you out there for?

And when it came to that last day, when you were putting everything together, how did that pan out?

As I said, I did my piece with Bebson, also known as BBS, although we were all working on each other’s music, adding different things. But with my piece, with Bebson and Remi (Kabaka) and another brother, it was a case of me putting something up on my computer and then just playing along to that in the studio. Remi and I were drumming, Bebson was singing and carrying the track along… it was more of a jam than anything else.

How did you adjust to working in collaboration after building a career as a solo artist?

One of the reasons I accepted the invitation was because I am a solo artist; I thought it would be a good learning experience in that respect, to collaborate with other musicians, to see how they work and what approaches they take. In that kind of environment, there is no exact plan, it’s all very loose and based on improvisation and compulsion. I wanted to experience that. The fact we managed to get an album recorded in a few days was phenomenal, and the quality of the album was phenomenal too. I remember sitting and listening back to it at the end, and I thought it sounded quite special. The group worked really hard, there were late nights, and it came together. 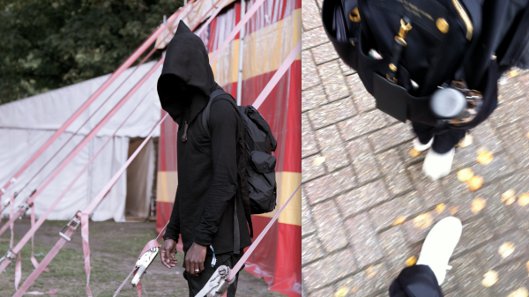 Where exactly was the studio in Kinshasa and what was it like?

The studio was in a kind of ambassadorial compound, there was places for us to eat, there was different artwork scattered about the place and we had quite a big garden area where would could have drinks and BBQs. In terms of the actual studio environment, we had two control rooms; one was a mixing desk, and another room where the computers were set up. There was a third room where the recordings took place, and connected to that we had a big hall. All the musicians were set up in the hall, and there was an interesting ambience – someone would walk around holding a microphone and we’d start recording bands. We picked up the ambience of the hall… it was all very mobile. There was the more studio element to it with laying down tracks too. The actual place, the actual facilities, weren’t too far from our hotel, and that was quite close to the Kinshasa city centre too.

Are you broadly influenced by African music, and did you discover much new music during your time in the Congo?

I know what I like, but I wouldn’t say I was a collector of African music, or that I even have a massive knowledge of it. But going out there, it certainly changed the way that I approach music. One of the main things is that I couldn’t drum for shit before I went out there, now I’m pretty decent at hand drumming, and finding different rhythmical patterns through your own body. Obviously I’m a computer musician, and to have those kind of intensely physical musical experiences was life changing.

“I’m a computer musician, and to have these kind of intensely physical musical experiences was life changing”

All of that, yes. When you’re put in a situation where someone’s drum kit is a couple of buckets, the hi-hats are made from coke bottle tops, when you’re confronted with that kind of ingenuity in terms of putting instruments together, it’s a bit like, OK, so anything can be an instrument. It makes you realise how industrious these musicians are in terms of making equipment because they simply don’t have the finances to buy these things. They make their own. As a result, there’s a unique identity to their music – it becomes completely different to anything else out there, instantly. I was going and meeting different families, and it’s almost an expectation for you to demonstrate your drumming skills. From that they can determine what kind of character you are, what kind of person you are…a lot of trust develops from your drumming skills, and I did have to build trust with the locals I met, so they felt satisfied that there was no exploitation going on or anything like that. So as much as it was a great cultural experience, it was very serious proposition for anyone. I found myself in the middle of a ghetto, with people I’d never met before… it was something I was told not to do by Oxfam, but when you’re out there, it’s almost out of your control, so you go along with it. I found myself in situations, meeting families, being completely out of my comfort zone, and I met some amazing people and had a great experience because of that.

So, that musical element, building trust through music, was something you were experiencing in random households? Were these the families of the musicians you were working with on the album project?

Yes. There were two guys in particular that I hung out with, and they introduced me to a lot of their younger friends, who they played football with or went to school with. I met a few of their grandparents too. It’s a respect thing, a courtesy thing – well it certainly was for me anyway. I think if you meet anybody’s family, you want to show courtesy and respect, but certainly in that instance, I felt, because my French isn’t very good, and they didn’t speak any English, the only way for me to communicate was through my body language and sounds. The best way to express my body language was through drum patterns; whether it was tapping a drum pattern on a table, on a chair, on my lap or my chest. These were the barriers that were in front of me personally, and I actually found that we communicated on a much deeper level through the language of our bodies. I used my voice to – singing “la la la”, or whatever – showing different Lingala patterns in terms of pronunciation.

Find out more about the DRC project here.