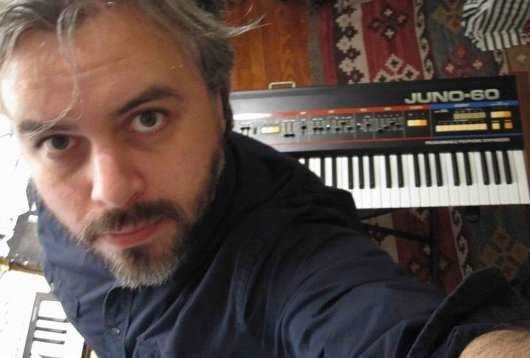 The Long Island Electrical Systems imprint makes a further strike for our total affection with news they are readying the release of an album from New Jersey based synth boffin Jorge Velez, aka Professor Genius.

It looks like being the most ambitious release yet for the fledgling label run by Ron Morelli, which to date has put out a selection of wondrous house jams from the likes of Legowelt, Marcos Cabral, Willie Burns, Steve Moore and Jason Letkiewicz under his various aliases.

Velez came to attention via his debut Professor Genius release for the Italians Do It Better imprint back in 2007, and has since graced the likes of Thisisnotanexit, Echovolt and Lo Recordings with his distinct sound (he’s also dropped some particularly memorable disco edits as one half of Bim Marx).

The eight tracks Hassan represent a departure from much of his previous, Italo-tinged work (although some of his past releases have displayed similar cinematic qualities), with the tracks characterised by dusty Middle Eastern touches, plaintive  synths and often beatless soundscapes. The album title is a nod to Hassan al-Sabbah, the founder of the Hashashin (the secret Order of Assassins), a man described in this article as an “awesomely diabolical mastermind”.

In addition to the original material, the package will also include three remixes from L.I.E.S alumni Steve Moore, Marcos Cabral and Steve Summers. You can listen to the excellent Steve Moore remix of “Time Of The Assassins” via the Soundcloud player below.