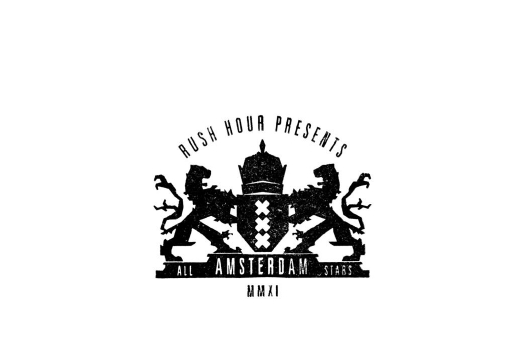 Rush Hour have tapped into the rich seam of musical talent on their doorstep with the news that the Amsterdam based emporium is preparing Amsterdam All Stars, a compilation of house music from producers residing in the Dutch capital.

The compilation captures the current spirit of house music in Amsterdam, unveiling the sounds that permeate the small, back street venues of the city, so you can expect the tracks to be raw and dusty. Long term Rush Hour affiliates such as Awanto 3, San Proper and Tom Trago contribute tracks alongside artists from fellow Amsterdam imprints such as Dekmantel, Remote Area and Delsin with Juju & Jordash, Dexter, Boris Werner, Newworldaquarium and Steve Rachmad all present. The new breed of Amsterdam based talent is also represented with tracks from Voyage Direct’s Maxi Mill and Simon Weiss included.

Ahead of the full release, a limited vinyl sampler will surface featuring “Bleached Roots”, the contribution from Amsterdam residing Israeli duo Juju & Jordash which marks their debut on the Rush Hour imprint. It is backed with “Hoodoo” from Hand Of God label owner Young Marco, who is the in house designer at Rush Hour and responsible for the artwork on all the Rush Hour output. This track is exclusive to the twelve inch and will not feature on the forthcoming compilation.

Rush Hour will release the Amsterdam All Stars Album Sampler 12″ in Mid October with the full compilation to follow soon after.