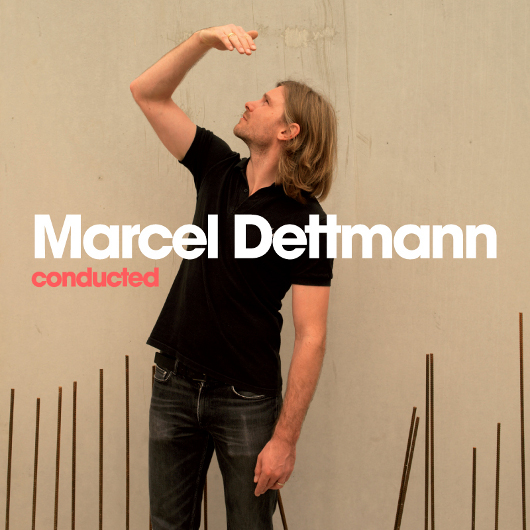 The German DJ/producer already has one commercial mix CD under his belt, namely 2008’s lauded Berghain 02. Since then he has released a debut album (2010’s Dettmann) and continued putting out his own 12″s (and those of close friend Norman Nodge) on his MDR imprint.

Conducted collates the work of some of his most esteemed techno contemporaries, including Sandwell District, Roman Lindau, Redshape, Milton Bradely and Shed (twice), alongside mid 2000s tackle from Mono Junk, classic early 90s business from Real By Real aka Martin Bonds and a bewitching slice of obscure, early New York house from Bluemoon Productions.

There will also be two 12″ vinyl samplers showcasing the material featured on the mix – these will include tracks from Morphosis and enigmatic Berlin-based duo The Analgoue Cops, among others.

Conducted by Marcel Dettmann will be released on November 14, 2011. Intriguingly, it seems the mix will be sold as an extensive package, which, according to a distributor mailout, will include an “extensive booklet” boasting sleeve notes and interviews conducted by Dettmann himself. More information on that when we have it.

A1. Cheeba Starks presents The Toupe Committee – GoGo Bop (A Trip To The Bodega)
A2. Answer Code Request – Escape Myself
B1. Vril – V3
B2. The Analogue Cops – Why You Love Me