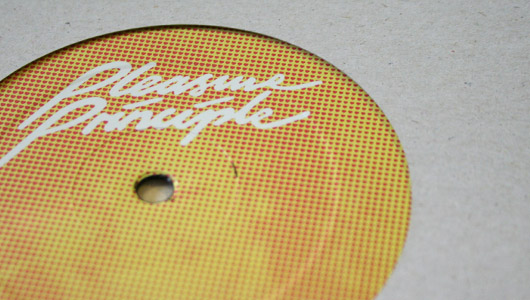 We do love a bit of cheek here at Juno Plus HQ, and this week’s finest wink-wink nudge-nudge record came from Guardian Guide cover boy Hudson Mohawke, operating under the stealthily titled Hud Mo alias.

The Warp artist served up five killer cuts which lift accapellas from the US overground and underground and align them deftly to his own unique slant on the R&B sound. Those who remember the particularly illuminating Hud Mo revision of Tweet back in 2008 will be pleased to hear these new tweaks of Aaliyah (RIP),  Janet Jackson, Jodeci and more.

Not so much cheeky as downright unexpected was the new 12″ from Omar S featuring the soulful croon of Colonel Abrams. Three variants of “Who Wrote The Rules Of Love” came splayed across the latest slice of FXHE wax, with the beefy Shadow Ray remix our pick of the bunch.

Elsewhere there was a big return to the Clone Basement fold for Mike Dehnert, while the lesser spotted Hemlock offshoot known simply as SSSSS dropped its third and purportedly final emission, with a classic from label boss Untold getting the Joe and Rockwell treatment. Wbeeza returned to Third Ear with a new EP of South London-tinged deep house, and Walls offered the first chance to see how they have developed on the soft edged cosmiche sounds that formed their eponymous debut opus – the results on Sunporch were exciting and bode well for the duo’s forthcoming second album.

Fans of crumb catching disco should look no further than the moustachioed 12″ from Sccucci Manucci, with the label’s long awaited second release enlisting a premier cast of transatlantic friends to lay down some class A dancefloor joints. George FitzGerald, who has already had the kind of year most producers would dream of, took things a step further with another two sublime future-garage tinged productions which provided the debut release on his own label ManMakeMusic.

Billboard darlings Tri Angle meanwhile served up more atmospheric headphone music, this time from Balam Acab. Once again hip-hop and dubstep rhythms provided a diving board off which the emotive tendencies of the artist can spin, weave and flutter.

There were plenty of excellent CDs floating about this week too, the highlight being Cosmin TRG’s excellent album for 50 Weapons (for those of you who don’t wish to indulge in the sumptuous vinyl version that arrived last week). Alongside this sat the new Permanent Vacation compilation, entitled If This Is House I Want My Money Back Zwei, the new Rapture album and a dub version of Grace Jone’s Hurricane long player. Those of you who worship the temple of Hawtin should probably check out the breezeblock sized definitive Plastikman boxset, which arrived at Juno HQ on Friday morning and much shortness of breath among our humble company’s techno community.

Meanwhile in the wonderful world of WAV, 100% Silk, continued its prolific run of form with an EP of more retro-leaning dance tracks from Innergaze. On a house tip, we humbly recommend the remix package for Mr Pagliara, with tracks from his thick set album getting brilliant tweaks from Live At Bobby J’S alumni Tuff City Kids and BHFV.

Equally exciting was the new EP from Stockholm’s Axel Boman. According to no greater authority than  Prins Thomas, every track on Boman’s new Europa EP will “make every pretty girl dance”. Upon first listen it’s obvious Prinny does have a salient point – all four cuts on the Studio Barnhus release are guaranteed to get bums wiggling and toes tapping. Rounding things off, there was new murky stripped back explorations of dubstep from Cyrus on Deep Medi and some potential chart-bothering business from Night Slugs don L-Vis 1990 and rising Bristol crooner Javeon McCarthy.

Our day is done, we’re gonna go enjoy the sun!