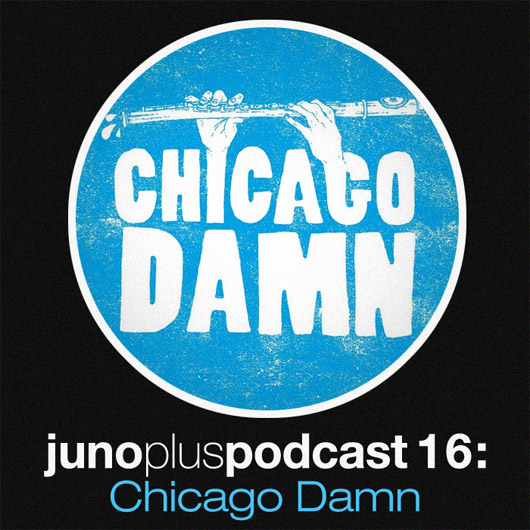 Round 16 of the Juno Plus podcast arrives with the enigmatic Chicago Damn at the helm, eschewing all nudges as to his true identity.

First emerging with an imperious 12″ last year on the Merc imprint, “Hold On/Be Your Man” had us wondering if this Chicago Damn character was simply a cheeky alias for label boss Mark E.

“No, but it had crossed my mind that people might take it that way,” Mr Damn told us via email. “So far I’ve just waited for people to get in touch with me if they want to know more. It seems other people can promote you better than you yourself ever could.” But it’s the music that has done the majority of the talking: the debut 12″ was followed by an appearance on the always on-point Wolf Music imprint, before the Chicago Damn label was minted this summer with the Let’s Submerge EP.

Chicago Damn’s Juno Plus mix – which starts off languid, sultry and sun-soaked, before venturing into deeper waters – will serve as a perfect tonic for those of you suffering the crushing depression that follows the August Bank Holiday weekend here in the UK.

Expect some more new material this year, with a remix slated for Max Essa’s Jansen Jardin label, and a limited vinyl run of a remix of Duckbeats’ “I Really Do Believe” set for release on Extended Play. There will also be a Chicago Damn track appearing on the upcoming The Wurst Music Ever compilation via ace NYC imprint Wurst.

Juno Plus Podcast 16 – Chicago Damn by Juno Plus on Mixcloud