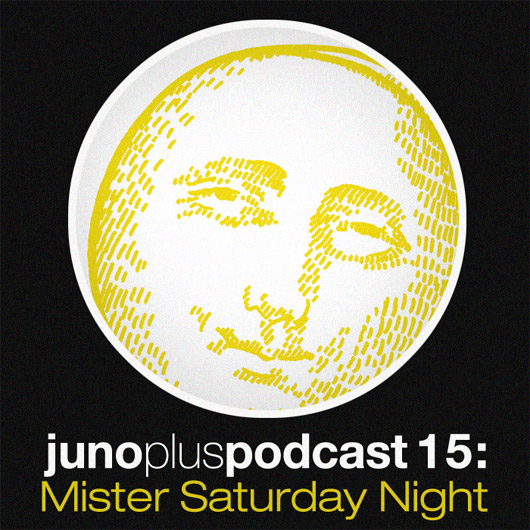 The Juno Plus Podcast juggernaut gathers pace with a return to New York City, as we welcome aboard the Mister Saturday Night residents Eamon Harkin and Justin Carter.

Two regulars on the NYC party scene, Carter and Harkin first crossed paths after the former invited the latter to open for Afrika Bambaataa at the APT venue in the Meat Packing district where he was employed as Musical Director. Discovering shared ideals and musical tastes, the two set about combining forces, which lead to the establishment of Mister Saturday Night. Originating at Santos Party House, it soon became clear the constraints of working within traditional club venues didn’t fit their ideals for Mister Saturday Night and thus a decision to buy a sound system and seek out alternative spaces was made.

Fast forward several years and this decision has paid off splendidly, with Mister Saturday Night parties currently renowned for the standard of guest DJ and superlative locations, as well as ensuring the long held NYC tradition of the resident DJ still remains relevant in an time where there is an established circuit of international DJ talent vying for attention.

It’s this potent mixture that has lead to many a memorable Mister Saturday Night event and the curation of a series of Mister Sunday Afternoon parties on a yard in Brooklyn this summer, with guests such as Four Tet, Todd Terje and Space Dimension Controller. Legend has already crossed the Atlantic regarding nights where Moodymann and Egyptian Lover first conceived the latter’s remix of the former’s “Freaky MF”, and Sal P taking to mic when JD Twitch dropped some Liquid Liquid.

But the stories continue, as Eamon explains: “I remember Harvey opening the window at 9am in the morning to a find a construction worker on the subway platform outside dancing to his final record, Theo Parrish dropping Wu Tang Clan in the rain at the Sunday party, and Chez Damier playing a full set with one CDJ and a mic after rain destroyed most of our gear.”

The duo’s mix for our podcast series was recorded straight from the mixing desk at a Mister Saturday Night event in April earlier this year, and represents how the duo set the mood for the first few hours of a loft party, slowly building from the ethereal side of things as people wander in, grab a drink and hang on the balcony to when the duo start to entice people into dancing.