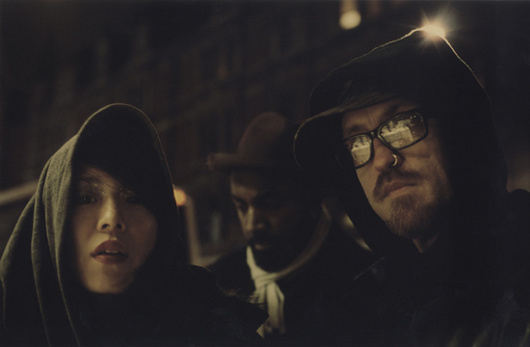 Kode9’s Hyperdub imprint today announced its next two releases: a debut EP from Walton and a remix 12″ from King Midas Sound (pictured above).

First up is Walton – full name Sam Walton – a 20-year-old producer from Manchester, who will release a four track EP on September 5. Even the briefest of glances at the producer’s Soundcloud account suggests the London based label has unearthed another UK funky star, hot on the heels of the excellent Set The Tone EP from Ossie.

Following this, there will be a single from King Midas Sound’s upcoming remix album project Without You, described in today’s Hyperdub mailout as “re-voiced and re-worked mutations” of their outstanding debut opus, Waiting For You.

Preceding the full remix album, however, will be the single featuring remixes from Kuedo and Mala, with the former tackling “Goodbye Girl” and the latter tweaking “Earth A Kill Ya”. The 12″ single is due for release on September 19, with more news on the album set to follow shortly.