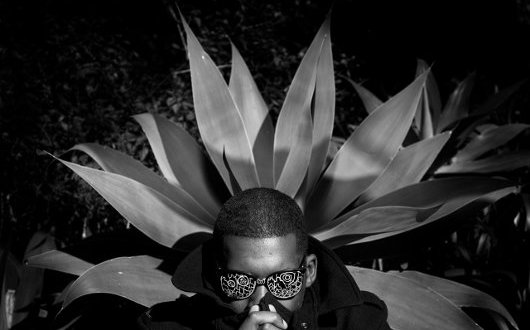 Taking place at Camden’s Roundhouse on Saturday, October 22, the show – produced in association with London based promoters Soundcrash – is set to have a strong visual element, featuring a collaboration with visual collective Anti VJ, whose work, in their own words, “is focused on the use of projected light and its influence on our perception”. Given Ellison”s imaginative approach to music, combining a heady mix of highly experimental hip-hop, jazz and laptop electronics, it’s entirely reasonable to expect something rather special. The news will also provide succour to UK fans disappointed by Fly Lo’s aborted live performance at the recent Lovebox festival in East London.

This won’t be the first time Ellison has performed a live show in the capital, but this event will be the culmination of what is described by organisers as “months of collaboration”, and will be performed only three times this year, with announcements of dates in Paris and Los Angeles set to follow. It has been promised that “very special guests” will join Ellison at the gig.

This performance follows an unprecedented period of activity for Ellison, with last summer’s Pattern+Grid World EP following his opus Cosmogramma, as well as an enthusiastically received podcast for Stones Throw entitled “Lovers Melt”, and a string of unreleased material recently uploaded to his SoundCloud page. There’s also the small matter of Martyn releasing his upcoming album Ghost People on Ellison’s label Brainfeeder.