Only Omar S Can Do It 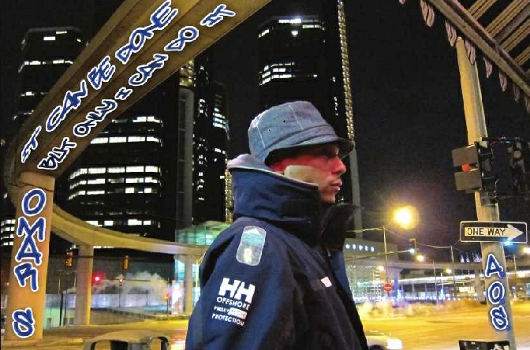 Exciting news arrived from the FXHE headquarters this morning, after boss Omar S sent through details of his second album, which is finished and set to drop in the near future.

Arriving with a suitably brash title in It Can Be Done, But Only I Can Do It, the album is the Detroit producer’s first since his 2005 debut set Just Ask The Lonely and blends a smattering of recent FXHE material with previously unreleased productions. The presence of the mammoth “Here’s Your Trance, Now Dance” on the album will be reason alone for most people to indulge, given how swiftly the track sold out across the various blends of coloured vinyl upon release earlier this year.

Both “Solely Supported” and “Skynet 2 B” originally out on last year the These Complimentary Track’x and Plesetsk Cosmodrome EPs respectively also feature, with the remaining nine unreleased tracks swerving through some decidedly risque beat down alongside the raw Motor City sound Omar S is renowned for.

We are expecting It Can Be Done, But Only I Can Do It to arrive early next week.