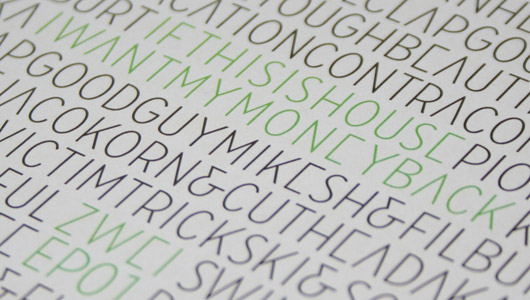 Having secured the services of John Talabot for our forthcoming party we’re always eager to hear how his productions are developing and the Hivern Disc man’s contribution to the new Permanent Vacation compilation sampler is a real treat.

In fact the whole sampler which also features tracks from Session Victim, a collaboration between Dresden House Mafia Jacob Korn and Cuthead as well as Talabot’s Hivern buddy Pional makes us think the forthcoming If This Is House I Want My Money Back Zwei is going to be one of the releases of the year. This week also brought the return of our favourite German producer Erdbeerschnitzel with a quite stunning cross tempo release for 3rd Strike that effortlessly straddled proper future boogie, chewed up MPC manipulations and constantly swerving deep house deviations.

Special mentions go out to the ten year old DFA Records who graced our desks with no less than three twelve inches in the shape of  The Juan Maclean’s new endeavour Peach Melba, a Rewards twelve that featured the vocal talents of Beyonce’s lil sis Solange and The Emperor Machine doing his analogue thing to The Rapture’s comeback single. Further words of praise are allocated to the quite brilliant vinyl debut of Berlin residing East Anglian Heatsick whose original composition on Dream Tennis totally overshadowed the elongated Diskomiks from Prins Thomas that accompanied it.

We let slip that Underground Resistance were on the cusp of reissuing a slew of their finest releases in streamlined form a few months back. This week they all arrived with the most essential tracks from Dark Energy, Electronic Warfare and Galaxy 2 Galaxy soundtracking the afternoon heat slumps in the Juno Plus office. The release of a much anticipated Horizontal Ground from DJ Skirt – replete with remix from T++ under his numerically confusing moniker – was timed to perfection with us unveiling her suitably icy, brooding mix of techno for the latest edition of our podcast series.

The new breed of musicians growing out of the bass continuum was represented heavily this week too as the latest signee to emerge on R & S in the shape of James Blake’s mate Klaus served up an EP of dubstep informed experimentalism. There was also the ascendance on 50 Weapons of London trio Darksky, who added another fine release on another fine label to their flourishing production CV. The Synkro ten inch on Box Clever saw the Brownswood approved artist somehow make the strange combination of dizzyingly precise reverse percussion and a healthy smattering of ethno chanting and trance like ethereal atmospherics work.

Over in the endless expanses of the digital download world, the DFA presence was felt with the new release from white wizard Gavin Russom. “Night Sky” is a real spiralling epic – an electronic/fuzzy alternative rock fusion that relentless builds for 13 hypnotic minutes, and Mutant Beat Dance also provide a sparse but clattering analogue house rework. Wolf Music’s excellent eight volume of label showcasing exercises featuring the likes of label regulars Greymatter, KRL along with Chicago Damn and mystery quuantity Medlar also made the jump into the binary realm.

A taste of what to expect from Martyn’s forthcoming LP for Brainfeeder arrived in the shape of Masks – with three tracks of chunky, detailed techno that gurgle with strange noises and veer into heavily psychedelic arpeggios. Speaking of the Dutchhman, Jon Convex further demonstrated the penchant for grinding  electro nastiness that was debuted on Martyn’s 3024 imprint with a release in Radar on the Non Plus imprint. After dazzling us with the presentation on Hud Mo’s Satin Panthers vinyl release last week, Warp introduce the five tracks of colourful boom bap to the digital world.

There was a neat correlation between the big releases on the CD front this week as the long awaited self titled debut album from Azari & III was complemented by two compilations that offer an insight into the formative sounds that the Canadian quartet so dearly love. Rush Hour teamed up with Gene Hunt to present Chicago Dance Tracks Vol 1, a selection of unheard tracks culled from the reel to reel archives of Hunt’s comtemporaries such as Larry Heard, Virgo Four, Ron Hardy, Steve ‘Silk’ Hurley and Farley ‘Jackmaster’ Funk. Furthermore, a second round of Larry Levan remixes arrived, digging deeper than the selectiion on the first volume, pairing scene classics such as Instant Funk’s “Got My Mind Made Up” with well as lesser known Levan revisions such as the 1991 mix of Nami Shamida’s “Sun Shower”.