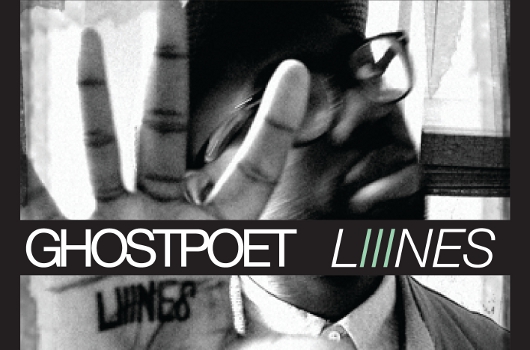 Brownswood Recordings have just released details of the next single from recent Mercury Prize nominee Ghostpoet, which comes backed with remixes from xxxy and Lando Kal.

Entitled Liiines, the single will be the third release from Ghostpoet’s debut album Peanut Butter Blues and Melancholy Jam, a meditation on the perils of writer’s block over an expansive backdrop of epic piano and guitar fuzz. It’s not the most obvious choice for a remix treatment, but the production skills of xxxy and Lando Kal have been drafted in to do just that.

Lando Kal, who has an imminent single about to drop on Rush Hour’s Direct Current imprint (a perennial favourite of all in the Juno Plus office) reworks the track into a mutant house number filled with analogue buzz and jackin’ rhythms, while London based prodigy xxxy, fresh from the news that he will be attending this year’s Red Bull Music Academy, provides a particularly melancholic interpretation of the source material, concentrating on funky bass rhythms and snappy drums, with a mere hint of the neon euphoria he’s usually known for.

Ghost Poet has already been treated to some great remixes from Koreless and dBridge and this forthcoming release is the latest in a string of strong material on Gilles Peterson’s impeccably curated imprint, which has so far this year debuted the sounds of Gang Colours, enlisted Theo Parrish to remix The Owiny Sigoma Band and served up a second helping of the Brownswood Electr*c series.

Brownswood will release Ghostpoet’s Liiines will on digital format only on September 5.