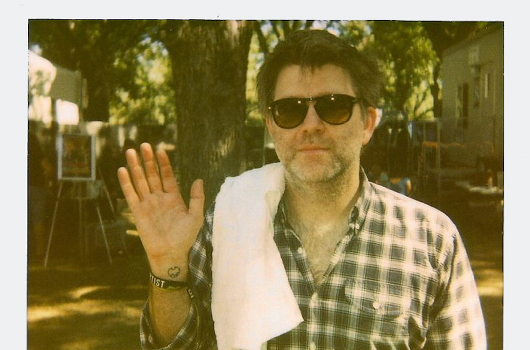 The 10th anniversary of iconic New York label DFA will begin in earnest next month, with label boss and craggy ex-LCD Soundsystem frontman James Murphy taking to the decks for a solo DJ set at London’s XOYO.

The night marks the first in a series of Extended Play events at XOYO which sees legendary artists given the time to delve deep into their record collection, with James Murphy a smart choice indeed. Having decided to put the iconic LCD Soundsystem to bed after three influential albums and a slew of classics, Murphy has turned attentions to toasting a decade of business at DFA HQ.

Murphy co-founded DFA back in September 2001, and since then it’s gone on to become one of the most important electronic music imprints of the past decade, inexorably tied to the rise of LCD Soundsystem yet still very much carving out its own identity. It’s pretty much a thankless task to attempt to narrow down the label’s output into ten highlights such is the quality. Whilst news of further celebratory events from the DFA crew remain under wraps, Murphy takes to the XOYO decks for a three hour set that will hopefully span the lengths of his sizeable influences.

Warm-up duties on the night are taken care of by Jam Factory, better known as former Disco Bloodbath resident Dan Beaumont and Ben Rymer of fat truckers and Gucci Soundsystem fame (who provided a fantastic remix of LCD Soundsystem back in 2007). Fans of vinyl will have been greedily snapping up their series of analogue heavy proto house jams that most recently featured the vocal talents of Mattie Safer, formerly the vocalist in The Rapture who, serendipitously, recently announced their return to DFA.