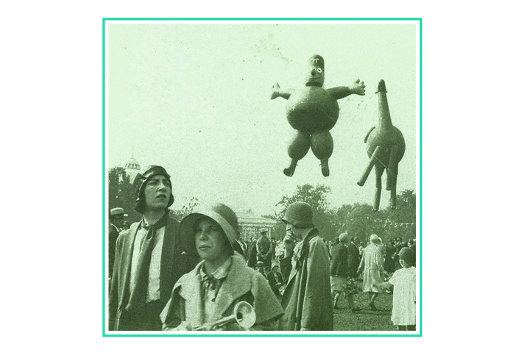 The esteemed Tigersushi imprint shift the focus away from the Gallic norm for their next release, which sees rising production talent Stopmakingme team up again with UK house icon and generally dapper fellow Justin Robertson under his alias The Deadstock 33s for the Gravity EP.

The release follows killer twelves from Yes Wizard!, Crackboy and Tigersushi boss Joakim, and serves as further demonstration of the blossoming studio partnership developing between Robertson and Avery. The duo have already worked together, releasing “Battery Life” for the Southern Fried imprint as well as indulging in some back scratching remix activities. The story of how the duo came to work together is probably best left to an effusive Avery, a self professed fan of Robertson’s output.

“Justin Robertson was a name I had heard loads about growing up. His name was always cited next to some of my heroes, like Weatherall, who had made names for themselves since the early days of Acid House by playing amazing music from the dustiest corners of their record collection in big clubs. The more I learned about him, the more I realized this guy was the real deal. Skip forward a few years and his Deadstock 33s records are a major staple in my sets. A message from the man himself saying he liked a remix of mine was enough to make me smile for about a week. We got talking and soon realized our tastes crossed over in so many different places. Hawkwind and New Order mean as much to us as Carl Craig or The Emperor Machine. This is what we really wanted to push with the music we started to make together and it is with much excitement that I can play this EP to my friends from home.”

The music itself sits neatly within the current heavily analogue proto house sound, straddling the tempos from the slower pace of the title track through the acid tinged thump of “Park Drive” and heavily arpeggiated chug of “Oscillate” which comes replete with some cheeky vocodered vocal hooks, to the final pressurised bounce of “Rising Madness”.

Tigersushi will release Gravity by The Deadstock 33s and Stopmakingme on August 8.